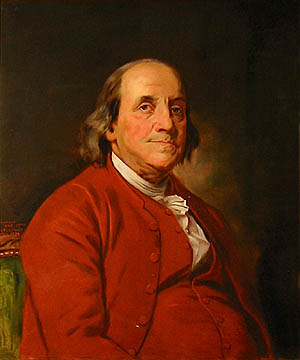 Benjamin Franklin (1706-1790) began his postal career as postmaster of Philadelphia in 1737 under the British Parliamentary Post. By 1753 he had been promoted as one of two Deputy Postmasters of North America along with William Hunter. Franklin and Hunter could not do anything to lower the cost of postage, but they did greatly streamline the system in hopes of discouraging people to send their letters out of the mails. Under Franklin and Hunter, the Parliamentary Post became profitable.

Despite this success, Franklin was dismissed from his post in January 1774 for “pernicious activity” related to the affair of the Hutchinson letters as well as his extended absences from the colonies for diplomatic work in London. Hugh Finlay was appointed as his successor.

Franklin’s position as postmaster allowed him to frank his letters and send them for free. The Franking privilege is a current practice dating to the 17th century that allows certain public offices to send official government correspondence for free. The free frank, or signature of the office holder, allows government officials to communicate with constituents without paying postage.

These two examples of letters franked by Franklin during his time as postmaster general for the Parliamentary Post are abuses of the system: the first is a letter written by Franklin’s friend Thomas Pownall to fellow revolutionary John Hancock and the second is note from Franklin to Mrs. Mary Hopkinson congratulating her on her daughter’s marriage. Franking personal mail is a subtle way of sending letters out of the mails. Open the covers for more details, but be sure to complete the online tutorial on colonial handwriting before you do! 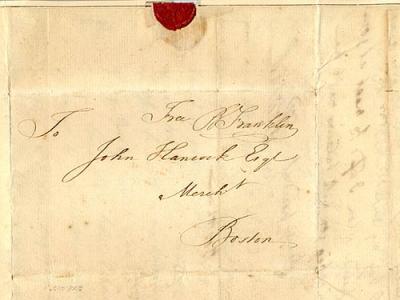 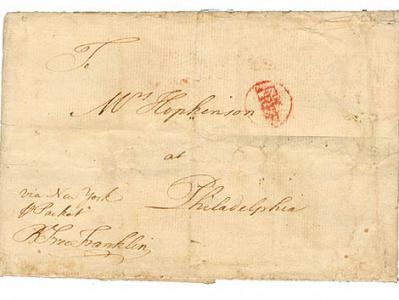 Learn more About The Hutchinson Letters

George Washington as a Private Citizen

Learn more About George Washington as a Private Citizen