Commerce: The Republic of China

Sun Yat-sen, the founding father of the Republic of China, was briefly its provisional president as head of the ruling Guomindang party. In 1927, civil war erupted between the nationalist Guomindang, under Chiang Kai-shek, and the Chinese Communist Party. Both sides united against Japan in the mid-1930s, but after World War II, they fought again. By 1949, Communists controlled China. The Guomindang retreated to Taiwan.

Commerce and the amount of mail increased between China and the U.S. from 1911 to 1949. Airmail shortened delivery times, bringing them closer together. China and America were key allies in World War II.

Sun Yat-sen, founding father of the Republic of China, appears with Abraham Lincoln on a 1942 stamp. Sun Yat-sen studied and lived abroad. His Three Principles (nationalism, democracy, and people's livelihood) reflect a concept he admired from Lincoln's Gettysburg Address: "of the people, by the people, and for the people."

The design for the 4c Sun Yat-se stamp underwent many small changes.

As leaders and governments shifted during the early years of the republic before World War II, commercial and education-related exchanges increased between China and the United States. American consulates and the Chinese postal service handled the mail.

Beginning in 1919, the U.S. Post Office sold sixteen types of stamps surcharged for use by its Shanghai postal agency. (A "surcharged" stamp is overprinted with a different value.) The surcharge was double the original face value, reflecting the price of the stamps in Chinese currency.

In 1937, Pan American's round-trip flights from the U.S. to the Asian mainland and back closed the final aerial gap in world airmail service. From Hong Kong, the China National Aviation Corporation provided service to 21 Chinese cities. Pan Am held a 45 percent stake in CNAC, an early U.S.-Chinese collaboration.

In the 1930s, Japan occupied Taiwan and northern China, setting up a puppet government in 1932 in Manchuria, which it renamed Manchukuo. War broke out with China in 1937 as Japan continued to advance. Chinese forces evacuated Japanese-occupied Shanghai, where U.S. Marines remained in the foreign sector.

Anniversary of the U.S. Constitution stamp on cover, China, 1939

Joining with China as wartime allies, the United States and Great Britain gave up their extraterritorial rights, imposed by treaties a century earlier. The New Equal Treaties stamps celebrate this change. An earlier Chinese stamp honored the U.S. constitution; its Chinese map includes the former Manchuria, despite Japan's occupation. 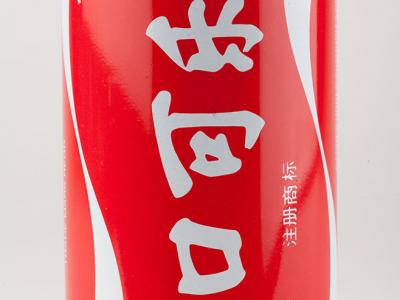 Coca-Cola first appeared on the market in continental China in 1927 in the two cities of of Tianjin (Tientsin) and Shanghai. This first period of business in China spanned for 13 years, but was halted in 1941 with the outbreak of World War II. Coca-Cola made an attempt to reenter China after World War II in both Qingdao (Tsingtao) and Shanghai in 1946, but after the founding of the People's Republic of China, all bottling operations ceased in those two cities

Learn more About Coca-Cola and China

‹ Commerce: The Qing Dynasty up Coca-Cola and China ›
Back to Top