“We are inclined to think that if we watch a football game or baseball game, we have taken part in it.”
—President John F. Kennedy

In addition to baseball, the game of football gained popularity at all levels of competition from youth to professional leagues throughout the twentieth century. One of American football’s most famous coaches at any level, Knute Rockne, achieved greatness as the head coach of the University of Notre Dame’s football team between 1918 and 1930. Rockne’s innovation and coaching skills combined with the athleticism of his players including the legendary offensive quartet, the Four Horsemen, led Notre Dame to six national championships and five undefeated seasons.

As football gained popularity in the United States from the 1930s onward, Rockne and his team set an example of hard work, focus and desire for victory that has inspired generations of Football players and coaches ever since. 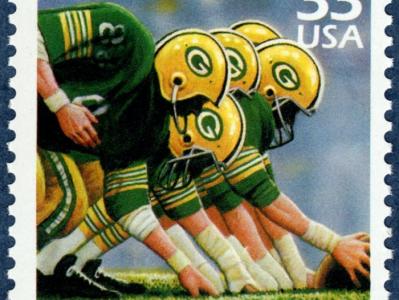 Learn more About The Super Bowl