“A black speck appears against the sky, and it is plain that it moves.
. . . Another instant . . . and man and horse burst past our excited faces and go winging away like the belated fragment of a storm.”
– Mark Twain, Roughing It, 1872

The legendary name of the Pony Express calls up thrilling images of horse and rider racing across treacherous terrain. Yet the actual Pony Express lasted for less than two years (April 1860 to October 1861) and was only one of a number of private express services that used riders to carry the mail.

It owes its fame to the romanticizing of the Pony Express and the American West that began late in the 19th century, in Wild West shows and dime novels, and continues to the present. Pony Express riders live on today, still dodging varmints and villains in books and movies, evoking speed and thrills on countless commercial products.

In 1860, a relay system of horses began to carry mail across the 1,966-mile-long “central route” between St. Joseph, Missouri, and Sacramento, California. This privately owned service would become known as the Pony Express.

The Pony Express solved an urgent problem for the U.S. government. In the late 1850s political tensions had increased between North and South over slavery and other issues. The government feared losing control over mail along the Southern Route and contact with gold-rich California. To ensure Union control over cargo and mail carried between East and West, a route outside the Southern states was needed.

How long did it take to get from Missouri to California?
10 days in summer, 12–16 days in winter (mountain snows can slow you down). In 1860, that was speedy! A stagecoach took 24 days.

Whose idea was it?
Three business partners—William Russell, Alexander Majors, and William Waddell—founded the Pony Express as a private company.

But around here in the old days they used to call me “Boston.”

The old days that is, of the Pony Express, the finest and the most colorful bunch of fellas I have had the pleasure to acquaintance.

We worked for a group of big money men, misters Russell, Majors, and Waddell.

I saw a poster,

What the heck. I figured.

I took the oath saying there wouldn't be no cussing or drinking.

And I was up in the saddle on the very first Pony Express run back in April of 1860.

My buddy Sam Hamilton had the first leg coming out of Sacramento, California carrying a mail pouch we called a "mochila."

He handed off to me for the second leg, straight up and over the Sierras.

Plan was for me to make Friday's station in eight hours or I'd be stuck out there riding around in the dark.

Had a little problem though, it had been raining for two days.

Yeah, eleven miles out I hit the American River.

Now, normally that ain't no more than the creek.

But that day, I had to swim the pony across, water up to my armpits and carrying that mochila on top of my head.

Further on up the rains finally stopped and the snow started falling.

I ended up dragging that pony behind me more than I sat on her.

Well I made it to Strawberry Station.

But the farther up I went the worse the snows got.

Time I got to the summit, I couldn't see the nose in front of my face.

I got my reward though.

Coming down the east side the clouds finally broke and there was Lake Tahoe sitting down there in the sunshine.

I made Friday's station in just under eight hours.

Handed off to Pony Bob and that mochila made it into St. Joe, Missouri and I mean right on time.

Yeah Wash Perkins, Irish Tommy Ranahan, Deadwood Dick, and all the rest of them.

Ain't nothing stopped the boys from the Pony Express until the transcontinental telegraph, anyway.

First message on that telegraph was the people of California saying “howdy” to Abe Lincoln.

And might as well have been saying, "adios" to old Boston.

But for sheer heart poundin’ thrills and adventure, I'll take a headstrong pony and a mountain blizzard anytime.

Maybe that's why I still bring my mail to the post office in the good old fashioned way. 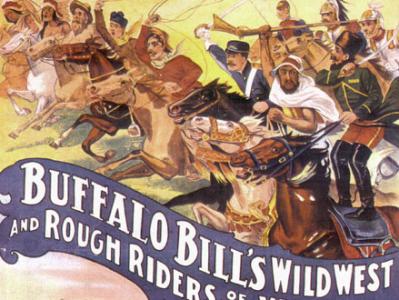 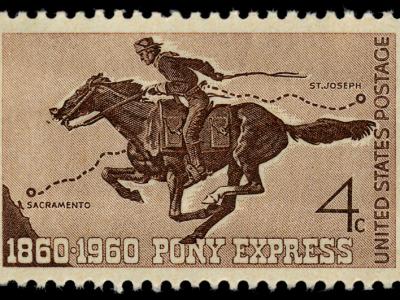 The words "Pony Express" evoke colorful images in our minds of brave riders dashing over mountains or across deserts of the great American West with vital messages.