Soon after World War II, a new device revolutionized multicolor engraving around the world. The Giori press—named for its inventor, Gualtiero Giori—permitted two-color or even three-color engraving from a single plate, in one pass through the press. The secret was in the rubber inking rollers. The surfaces were precisely cut, applying each ink selectively to parts of the same plate.

The Bureau of Engraving and Printing bought its first Giori press in 1955, and the first U.S. stamps printed on the press were issued two years later. By 1962, the new press was still unusual enough that Bureau employees were not surprised when it was locked away for a secret printing project. A rumor spread that it was printing test runs of multicolored money. In fact, the new press was being used to print a stamp honoring John Glenn’s orbit of the Earth, well before the mission took place.

On February 20, 1962 , John Glenn became the first American to orbit the Earth. Minutes after his safe return, the Post Office released the Project Mercury stamp—the first U.S. commemorative stamp issued at the same time as the event it celebrated. It had been prepared in complete secrecy in case the mission did not succeed.

To keep the project quiet, the stamp’s designer worked from home while claiming to be on vacation. The picture engraver also gave the impression he was on leave, but came in at night. Another engraver did the lettering on weekends.

Just over 400 people knew the secret, about half of them postal inspectors. As the day approached, stamps were sent in sealed packages to 305 post offices, still a mystery even to the postmasters themselves. 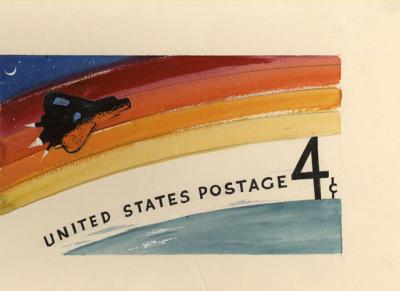 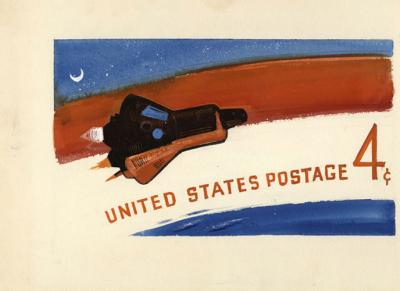 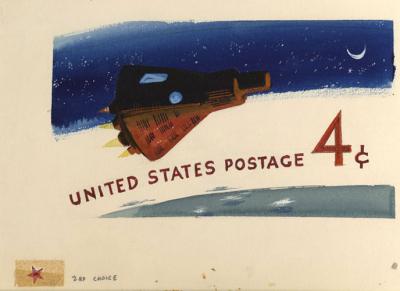 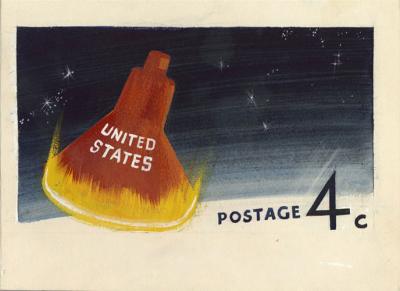 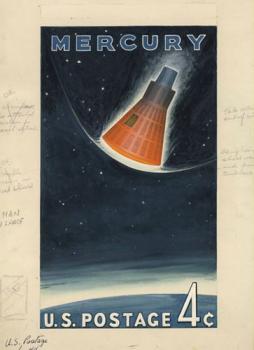