For more than a century, the United States produced almost all its postage stamps through line-engraved intaglio, often called “line engraving,” “intaglio,” or “engraving.” (Printers and collectors use many terms for the same printing methods.) Collectors still value the artistry of engraved stamps, and engraving remains one of the most secure forms of printing.

The engraving process includes too many steps to describe completely here. In broad terms, an engraver follows a design called a “model,” cutting the design by hand into a small metal plate called a “die.” Test printings called “die proofs” are made with the die.

Once approved, the die is copied to a “transfer roll,” a small metal cylinder. This roll is used to impress hundreds of copies of the design into a metal plate—typically, enough to make four panes of up to 100 stamps each.

During printing, the designs on the plate fill with ink. Paper is pressed into the plate, and ink transfers to the paper, creating stamps.

This simplified diagram shows the basic principles of engraving; in actual printing, hundreds of stamps are produced at one time. 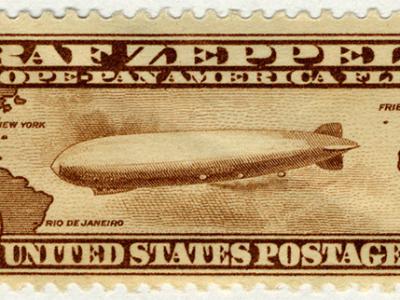 The 1930 Graf Zeppelin stamps are classic examples of single-color engraving, which was for many years the primary...

Learn more About One Color 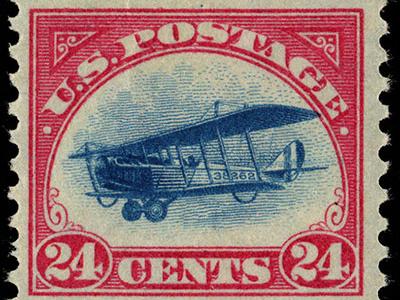 A stamp in one color can be elegant, but the Post Office and the public soon looked for the visual interest of a second color of ink. The first U.S. “bicolor” postage stamps with two colored inks were issued in 1869. 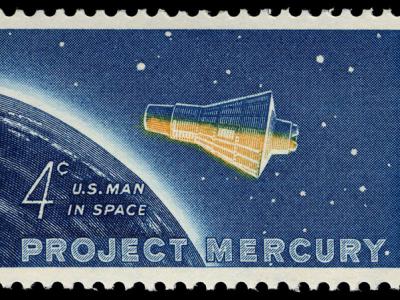 Soon after World War II, a new device revolutionized multicolor engraving around the world. The Giori press—named for... 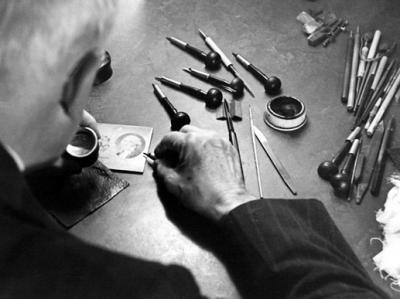 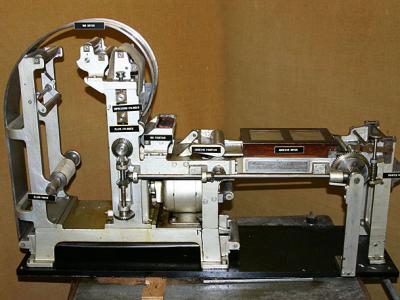 This working model of a Stickney printing press was a highlight of the Post Office’s 1939 “philatelic truck” exhibition. Visitors entered the...

‹ Creating America’s Stamps up One Color ›
Back to Top