After stamps are printed, the sheets are broken up into one of three formats: panes, booklets, or coils. U.S. stamps have always been sold in panes; booklets and coils date to the early 1900s. Booklets offer convenience for travelers. Coils were initially developed for vending and affixingmachines, and only later marketed for home use.

Another finishing step involves separations. Postmasters used scissors to cut apart the first U.S. stamps of 1847. But within a decade, U.S. stamps were made with “perforations”—rows of holes between stamps that allow them to be pulled apart by hand. Perforation dominated U.S. stamps for 140 years. Then, with the arrival of self-adhesive stamps, everything changed.

Relatively unpopular at first, self-adhesive stamps took off with a roar in 1992. By 1997, four out of five U.S. stamps were self-adhesive; today almost all are. But they can’t easily be perforated; the tiny pieces punched out to create holes would literally gum up the mechanism. Instead, simple “die cuts” are made between the stamps, often in wavy patterns meant to recall the look of perforation. 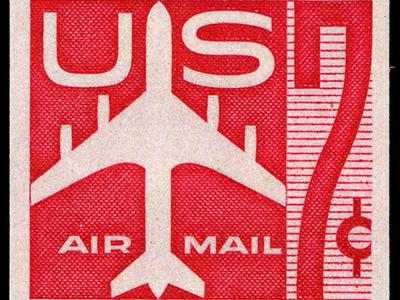 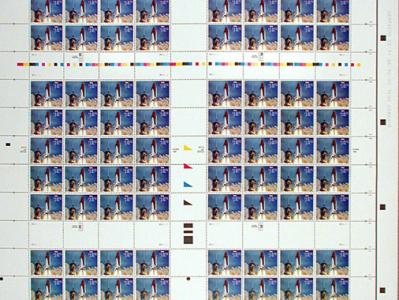 ‹ Sikorsky Helicopter up The 1960 Jet Silhouette Stamp ›
Back to Top