Growing a Business by Mail

The concept of a “global market” is part of 21st century realities. For American businesses and customers of 1885, global markets were unknown. The nation’s economy had not yet fully developed a national market.

As of the early 1860s, packages weighing less than four pounds could be sent through the US mail as part of a new system that separated mail by class. In 1879 a third class was added for mail order merchandise. This, along with a new printing process that added photographs to product descriptions, and the fast-growing railway system, brought consumers and companies closer together. 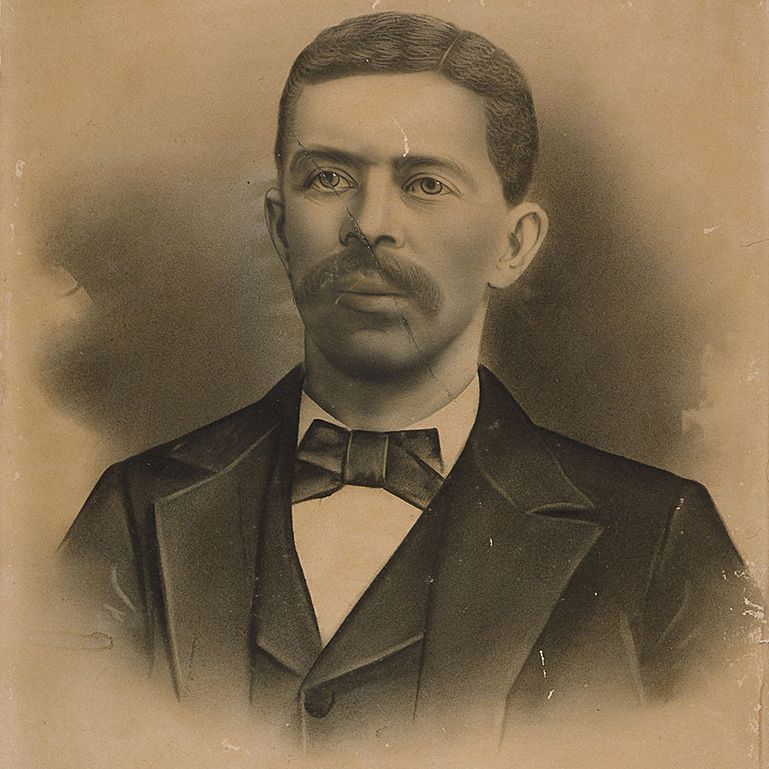 On April 1, 1891 John T. Jackson became the postmaster of Alanthus, Virginia. When he began his career, the twenty-nine year old was greeted with threats from those unwilling to accept an African-American in that position. He remained in his job for 49 years, retiring in 1940.

Jackson’s wife, Lille, worked as the town’s postmaster for seven months after John’s retirement. The family kept his distribution case and donated it to the Smithsonian Institution in the late 1980s. 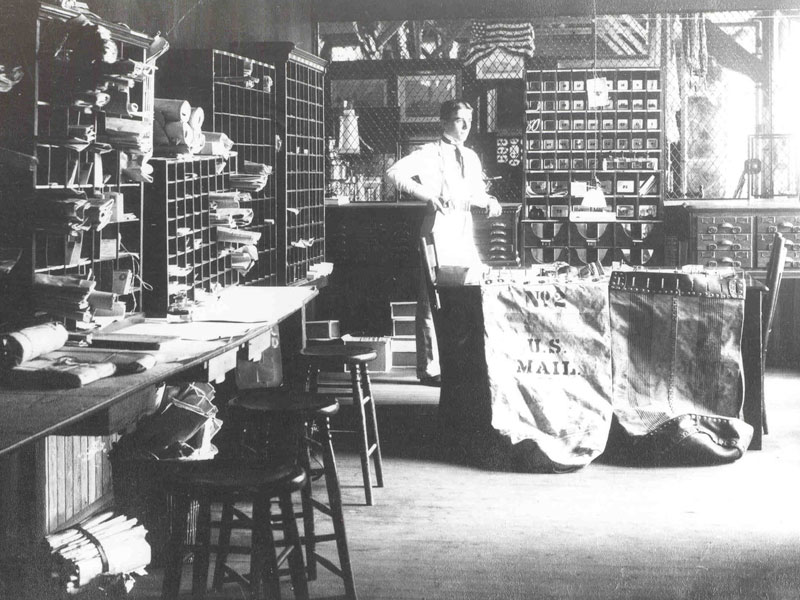 The mail-order business blossomed in the late 1800s. With the postal service as a distributor, companies began to serve more and more customers across the country.

The seed business thrived on mail orders. Seeds were crucial to the economy, and they were given a special, lower postage rate. Seed catalogs and mail-order shipments enabled farmers to try new varieties of plants and follow the latest scientific advice. 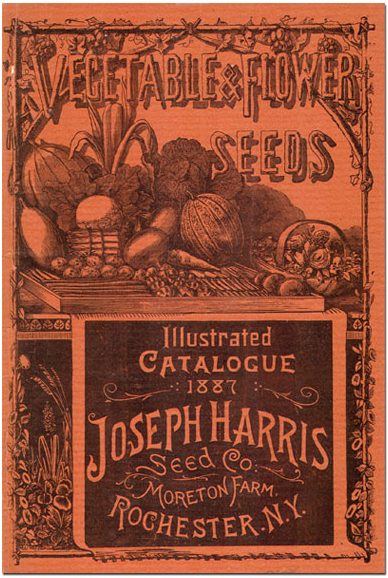 An order for seeds arrives by mail at the Harris Seed Company in Rochester, NY. Employees package and weigh the seeds. Fourth-class business mail gets a special rate—1-cent per ounce.

A wagon takes the package and other mail to the post office where it is sorted into pouches according to the schedules of arriving Railway Post Office cars at the train station. 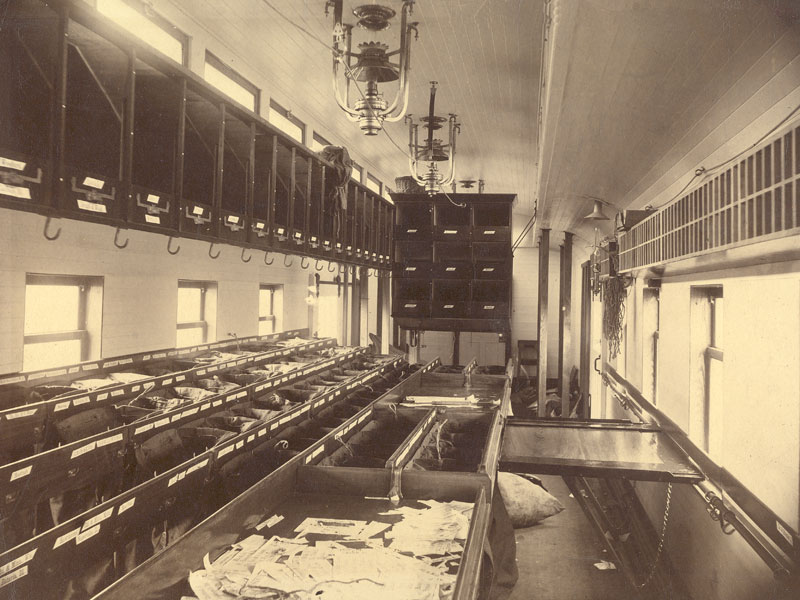 On board the Rochester and Niagara Falls Railway Post Office train car, clerks open the pouches and distribute the mail in cases and racks. Along the way, the seeds’ mail pouch is transferred onto other trains at Buffalo and then Chicago.

After they reach the Ft. Madison train station, the pouch is taken to the post office. A local mail contractor picks up the seeds—and other mail for rural customers—and delivers them to a farm outside town.

African Americans in the Postal Service and Philately
‹ Circular hammer backstamping handstamp up Drawing of Postmaster John T. Jackson ›
Back to Top