The Purpose of the Stamps

On December 12, 1928, the Post Office Department issued 2-cent and 5-cent stamps in celebration of the International Civil Aeronautics Conference. Held in Washington, D.C. from December 12-14, 1928, the conference marked the twenty-fifth anniversary of the Wright Brothers' successful manned flight at Kitty Hawk. The stamps were notable for the following reasons:

The United States was eager to assume a leadership role in international aviation policy and industry growth. This led President Calvin Coolidge to suggest an international conference in Washington, D.C. Congress appropriated funds, and the State Department issued an international call for papers to those countries with which the United States had diplomatic relations. However, the Commerce Department assumed oversight of the conference during its presence in Washington. Herbert Hoover, then-Secretary of Commerce, was an avid stamp collector.

The title image is an official photograph of the airplane used by the Wright Brothers during their successful flight of 1903. This photograph was the source of the design on the 2-cent stamp. 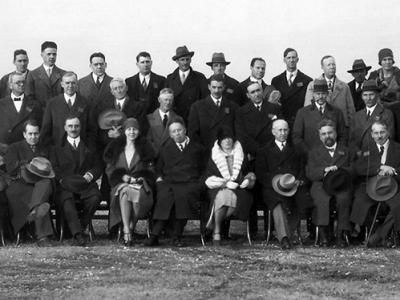 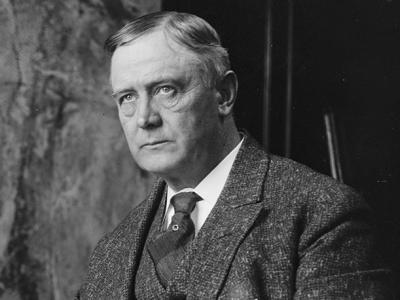 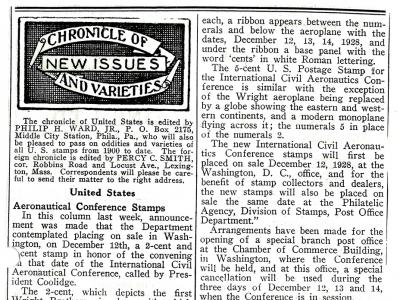 Glover Comments on the Stamps

Learn more About Glover Comments on the Stamps 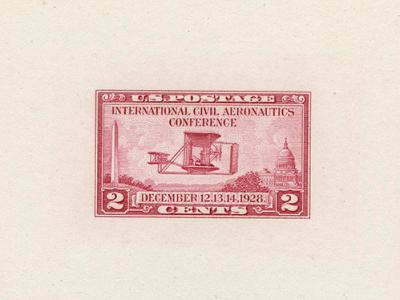 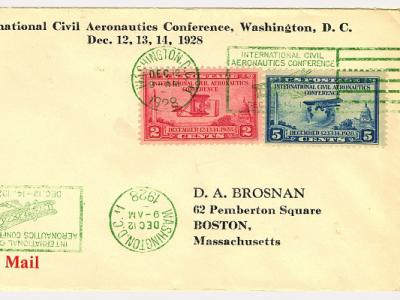 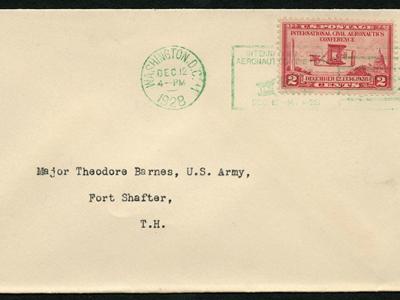 Domestic Use of the 2-Cent Stamp

Learn more About Domestic Use of the 2-Cent Stamp 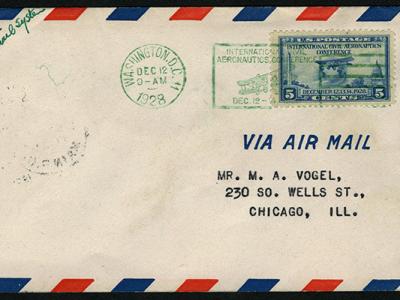 Use of the 5-Cent Stamp for Air Mail 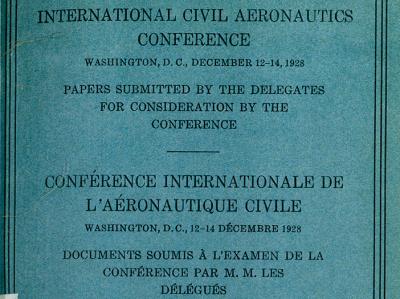 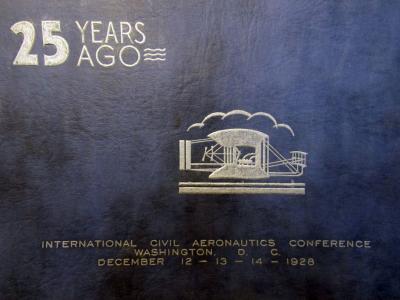 Learn more About References and Acknowledgments

Delegates ›
Back to Top