During the wartime years of the 1940s, a growing sense of national awareness developed in Cuba, as in almost all the countries of Latin America. This led to a gradual decline in Pan American’s control over its Cuban associate, and by the 1950s, this had ceased completely. On 1 February 1944, the name of C.N.C.A. was changed to Compañía Cubana de Aviación, and in March 1945 the first Douglas DC-3s were acquired to replace the older equipment. 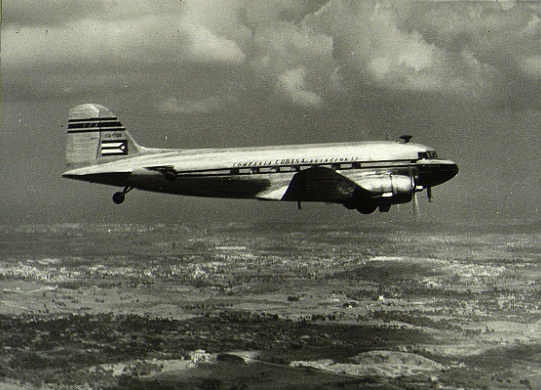 On 1 February 1944, more emphasis was given to the name Cubana by the omission of the word Nacional. After the end of the Second World War, modern equipment was acquired, with DC-3s, pictured here, replacing Lockheed L-10 Electras. Pan American’s ownership was reduced to a 52% shareholding at the end of 1945, and progressively reduced to complete Cuban ownership on 23 July 1954.