During the post-war era, Cuba established itself as an international and intercontinental airline, opening routes in North America and inaugurating trans-Atlantic service to Europe. At the same time, the fleet was constantly upgraded, and service was maintained to the highest international standards. 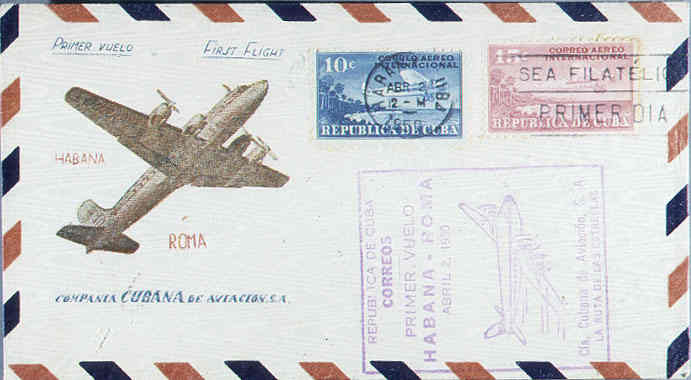 Fig. 23: The post-war Cubana airline opened its first international service, Havana-Miami, on 15 May 1946, with the veteran DC-3s. Three years later, it inaugurated trans-Atlantic service to Europe, with DC-4s leased from Pan American Airways. The route to Madreid, started on 26 April 1948, was extended to Rome on 2 April 1950, and marked by a first-flight cachet, illustrated above.

The first international service was Miami-Havana, started on 15 May 1946 with Douglas DC-3s. DC-3s and C-46s continued to be used on domestic routes. A significant event was the inauguration of trans-Atlantic service from Havana-Madrid, via Bermuda and the Azores, on 26 April 1948 with Douglas DC-4s, leased from Pan American (figure 23). Other services were added in 1953: from Varadero Beach-Miami on 23 January, Havana-Mexico City on 17 September, and Havana-Port-au-Prince on 28 November. 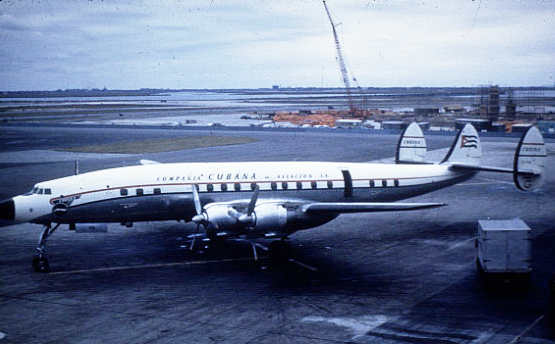 Fig. 24: On 7 April 1953, Cubana purchased three pressurized Lockheed Constellations (L-049s) from Pan American, and put them into service on 15 June 1953 on the trans-Atlantic route to Madrid. By the following year, Pan American’s shareholding was eliminated, and Super Constellations (L-1049Ex) were showing Cuba’s flag as the airline became firmly established in the international airline world. 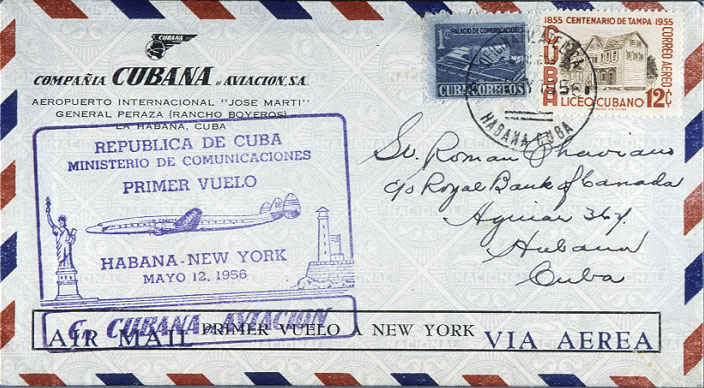 Fig. 25: The Super Constellation, Model L-104G (The “Super-G”) had been introduced on 14 March 1956 to Mexico City and Madrid, On 12 May of that year, it extended this totally Cuban service, prestigiously, to New York. 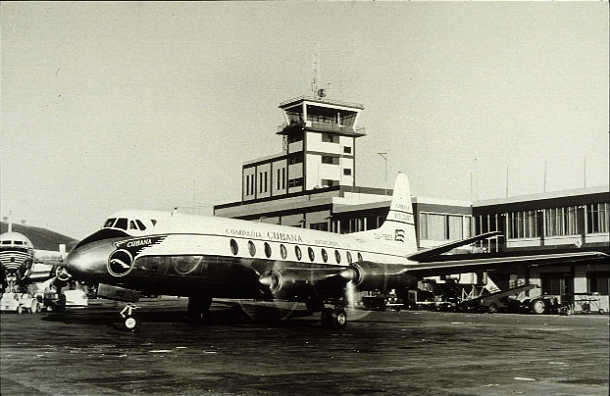 Fig. 26: Cubana was one of the early customers for the world’s first turboprop (prop-jet) airliner, the British Vickers Viscount. Serivce began on short-haul routes. Including Havana-Miami, on August 1956. 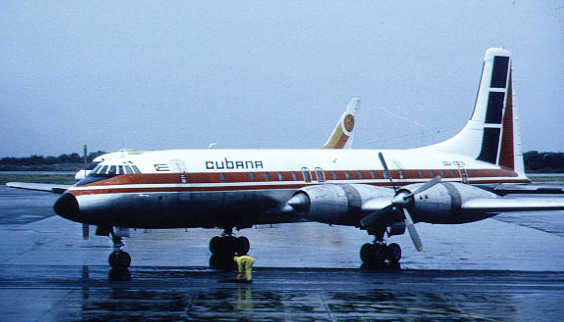 Fig. 27: Cubana was the proud operator of the British Bristol Britannia, a long-range 400-mph four-engined turboprop (prop-jet) airliner. It started service to Mexico City on 22 December 1958, and to New York soon afterwards, setting a hot pace to the competition.

Cubana really showed the flag when, on 22 December 1958, it introduced the 400-mph Bristol Britannia 318 long-range turboprops on the route to Mexico City (figure 27). This was followed, spectacularly, in March 1959 when the Britannias were placed on the New York route. Cubana was in the position of offering strong competition to the rival U.S. carrier, and on 17 January 1959 had beaten the Havana-New York record time, flying the 1,317 miles in 3hr 28m, at an average block speed of 380 mph. On 5 June 1959, the Britannias went on to the trans-Atlantic route. 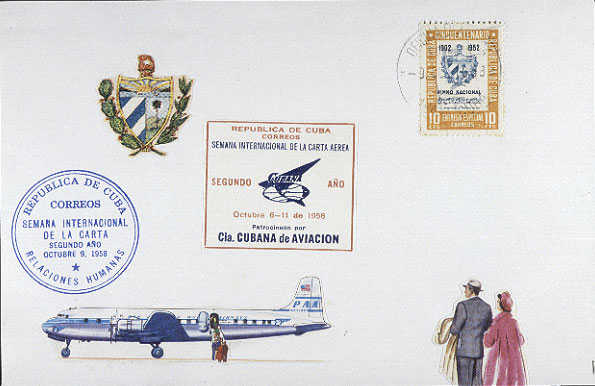 Fig. 28: Cuba celebrated the International Post Card Week in 1958 with a special envelope, on which, curiously, it portrayed a DC-6B of Pan American Airways, whose shareholding in Cubana had ceased six years earlier. 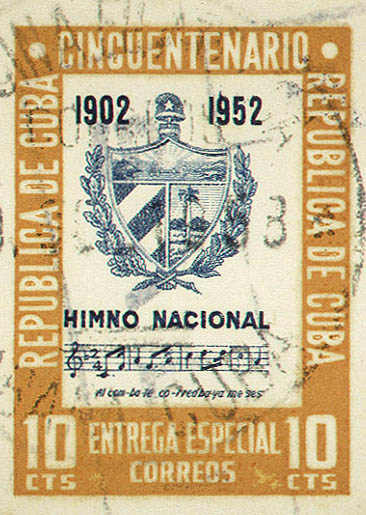 Fig. 29 (detail of fig. 28): A Special Delivery stamp issued on 27 May 1952, commemorating the 50th Anniversary of the Founding of the Cuban Republic. It depicts the National Arms and a bar of the National Hymn.

Note that the card is not addressed but was handed over the postal counter. The clerk cancelled the stamp, which was placed on the card because the postal clerk would not apply the cachets without the customer buying a stamp first. The two cachets were applied as souvenirs, and then handed it back to the customer.