Two years after Aeromarine terminated its service, aviation interest was revived when a Colombian delegation, en route to the United States, arrived in Havana in 1925. This was sponsored by the Colombian airline, SCADTA, which wished to start a trans-Caribbean air route. However, the U.S. State Department would not grant permission. Nevertheless, the episode stimulated official U.S. interest in foreign air transport, especially for air mail. This was to lead to the foundation of the U.S. “Chosen Instrument,” Pan American Airways. 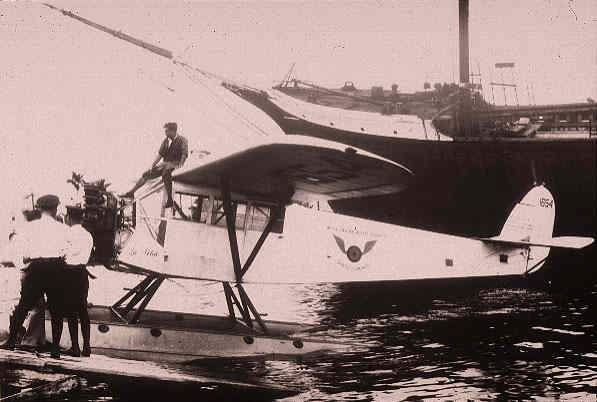 On 19 September 1925, two Dornier Wal flying boats, Atlantico and Pacifico, of the Colombian airline SCADTA, arrived in Havana, on a demonstration flight with the Colombian delegation, en route to the United States. 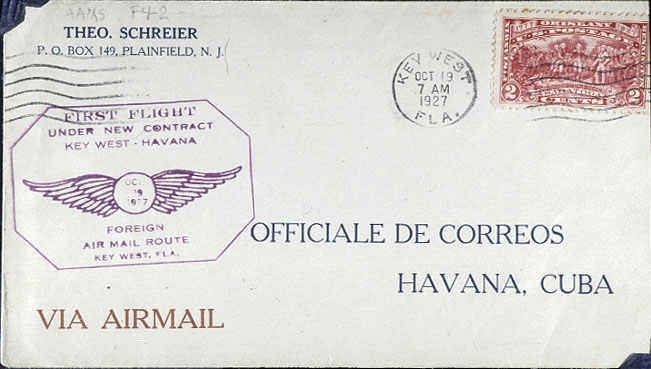 Fig. 8: This historic philatelic item of mail was carried on Pan American’s inaugural flight from Key West to Havana. The cachet is of special interest, as the word “new” appears to recognize the previous existence of Aeromarine’s in 1920.

On 19 October 1927, Pan American Airways made a demonstration flight from Key West to Havana with a Fairchild FC-2 La Niña, borrowed from West Indian Aerial Express (figure 7, figure 8). A year later, on 28 October 1928, Pan American opened regular Key West-Havana service with Fokker F-VIIa aircraft (figure 9, figure 10, figure 11). And the year after that, it transferred the U.S. terminal to Miami. 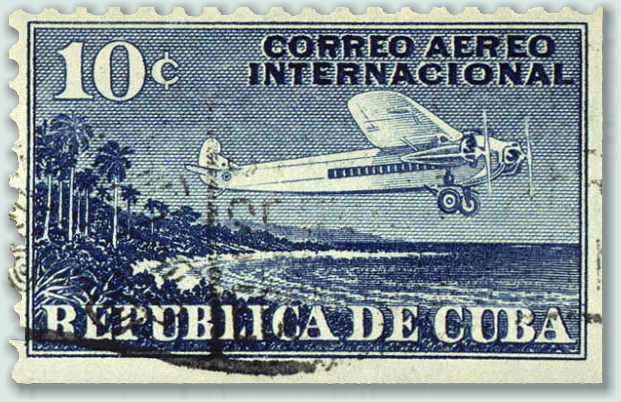 Fig. 9: This stamp pictures a Fokker FVIIa tri-motor, as flown by Pan American on its first passenger services, started on 28 October 1928 from Key West to Havana. The artist exaggerated the number of windows. 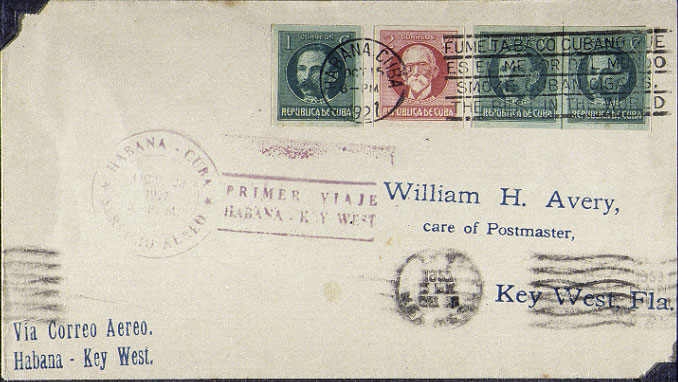 While Pan American was getting under way in the United States, a small company in the Dominican Republic, West Indian Aerial Express (W.I.A.X.) opened its first service from Santo Domingo-San Juan and San Juan-Port-au-Prince, on 1 Dec. 1927. 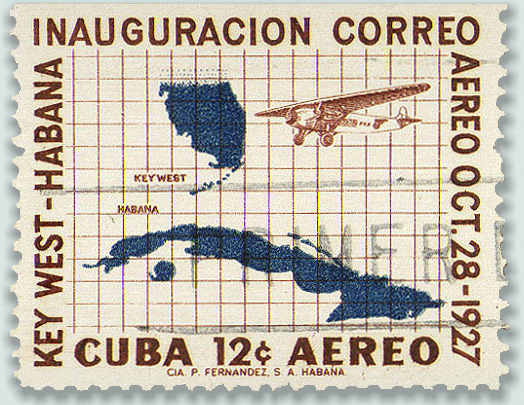 Fig. 11: This stamp was apparently printed especially to mark Pan American’s inaugural Fokker FVIIb service between Key West and Havana on “OCT.28-1927.” But the airfield at Key West was not ready, and the airline astutely hired an aircraft, a Fokker FC-2 floatplane, to establish the air mail rights. 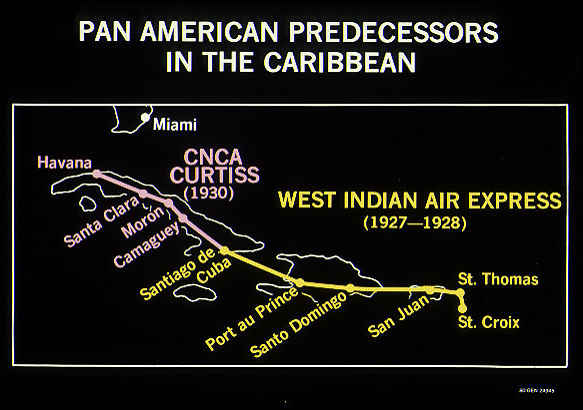 Fig. 12: By 1930, the all-conquering Pan American Airways had not only purchased the Dominican-based West Indian Aerial Express, but had also acquired the Cuban company established by the Curtiss interests. This gave Pan Am full rights of passage to the West Indies. 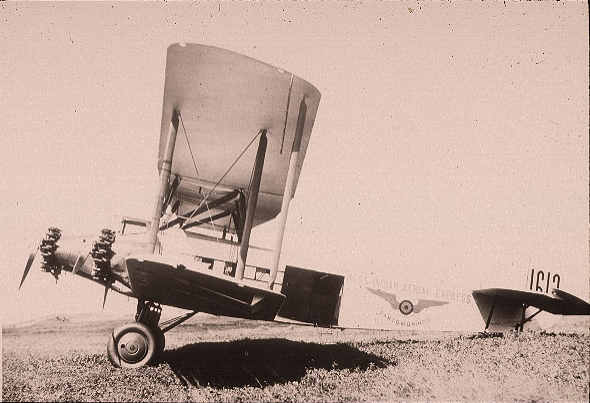 Fig. 13: This Keystone Pathfinder could carry as many as 20 passengers, and was put into service by the Dominican-based airline, West Indian Aerial Express. Named the Santa Maria, it passed to Pan American Airways as part of its puchase of W.I.A.X. in December 1928. 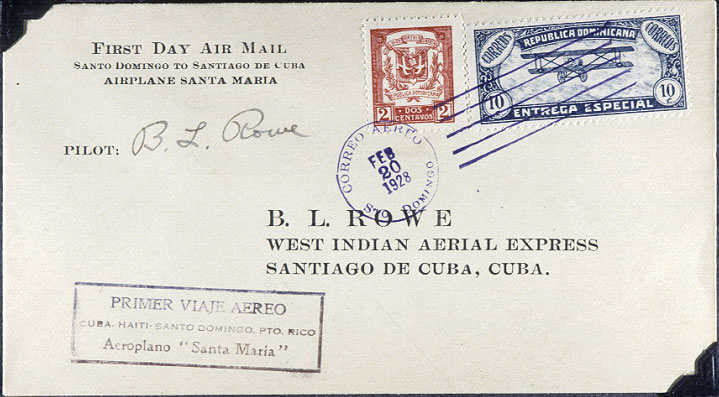 Fig. 14: This first-day air mail cover was carried from Santo Domingo to Santiago de Cuba on 20 February 1928. The chief pilot of West Indian Aerial Express was Basil Rowe, whose Waco aircraft were part of the airline fleet. When Pan American Airways bought the airline, Rowe went with the purchase and became one of its most famous pilots. 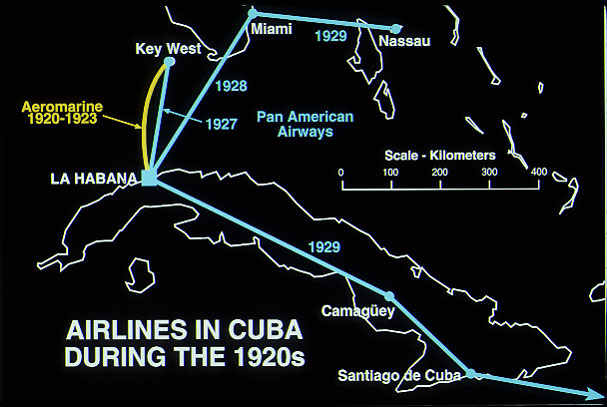 Fig. 15: By the late 1920s, Cuba was firmly on the airline map. Pan American Airways had purchased the Dominican West Indian Aerial Express (W.I.A.X.) and was operating services from Florida, through Cuba, to the West Indian islands.

While this pioneer airline work was progressing, the famous Charles Lindbergh stopped in Havana on 8-13 February 1928 on his goodwill circular tour of the Caribbean in the famous Spirit of St. Louis. (figure 16, figure 17, figure 18, figure 18a, figure 18b) 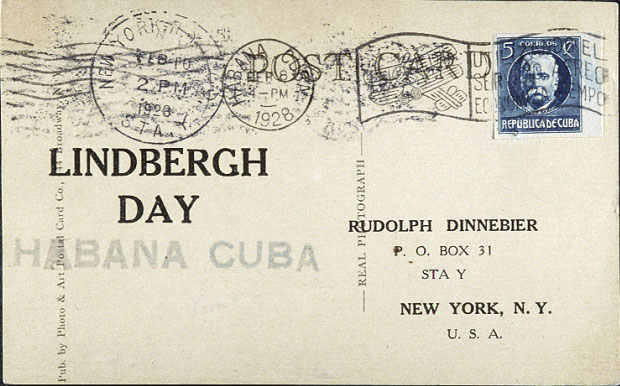 Fig. 16: On 8 February 1928, the famous Charles Lindbergh passed through Havana in his equally-famous Spirit of St. Louis Ryan airplane, in which he had flown from New York to Paris in May 1927. He had carried mail from Santo Domingo and Port au Prince to Havana, but his envelope was carried by another commercial aircraft. 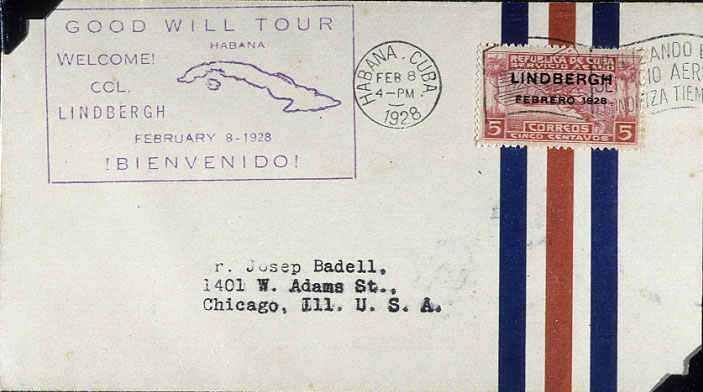 Fig. 17: This envelope, post-marked 8 February 1928 commemorates Charles Lindbergh’s visit to Havana during his goodwill circular tour of Central America and the Caribbean. 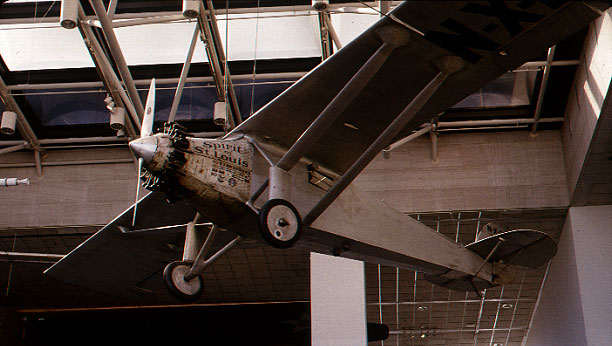 Fig. 18: Charles Lindbergh’s Spirit of St. Louis now hangs in the Smithsonian Institution’s National Air and Space Museum in Washington, D.C. This Ryan NYP is the original airplane, not a replica. 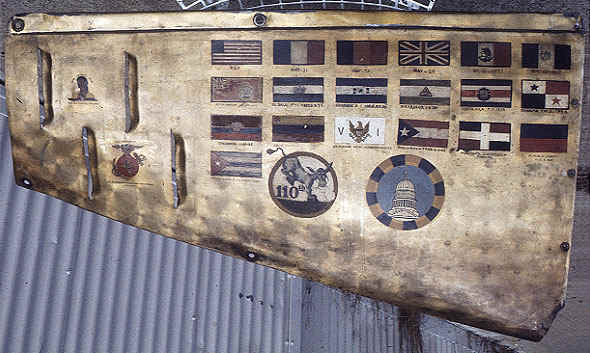 Fig. 18a: The flags of every nation visited by the Sprit of St. Louis were painted on the forward port (left) side of its fuselage. Cuba’s flag, in the bottom, was the last. 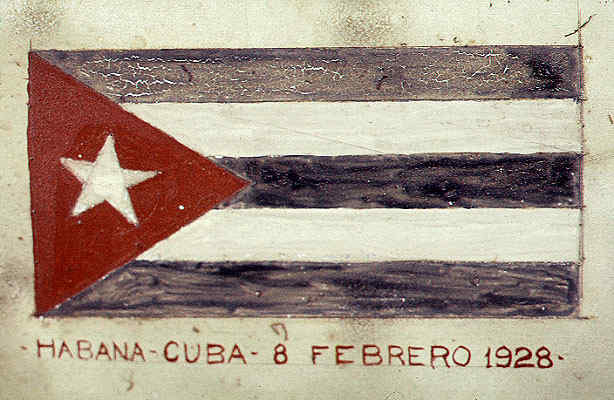 Fig. 18b: The flags of every nation visited by the Sprit of St. Louis were painted on the forward port (left) side of its fuselage. Cuba’s flag, in the bottom, was the last.

‹ Aviation History up Pan American Dominates the Caribbean ›
Back to Top