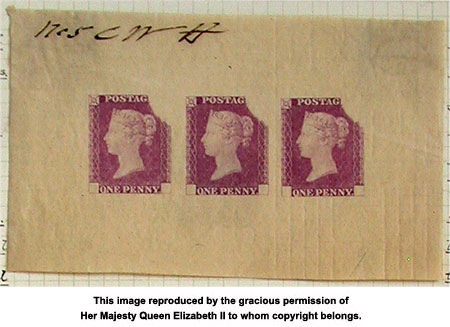 A mauve-pink printing from the “rainbow trials” of alternative stamp colors, using a special plate of three stamps.

The first postage stamps were a great success. But like anything new, they were far from perfect. Some letter recipients were able to remove the red ink cancel and use the same stamp a second time. Others varnished new stamps with gelatin or other coatings so a cancel could later be wiped off. While such frauds were uncommon, they could not be ignored.

One source of the problem was Rowland Hill's choice of black for the penny stamp. Black cancellation ink is so hard to see on black stamps that the Post Office directed the use of red cancels. But the red ink was neither as durable nor as consistent in color as black ink. 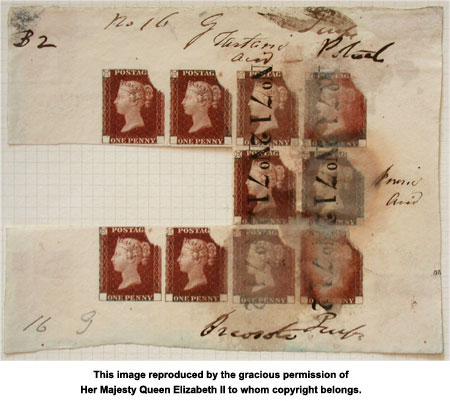 A trial printing from the “obliterating trials.” None of the listed chemicals, including prussic acid and creosote, removed a cancellation without leaving obvious damage.

Another difficulty, ironically, was that the ink used to print the stamps was too stable. Ideally, cancellation ink is more lasting than the stamp ink. That way, a stamp will be visibly damaged, or even destroyed, before any cancel can be removed.

Hill soon set up experiments, or trials, to improve the stamps. The “rainbow trials” tested many colors and types of stamp inks, all meant to be less permanent than the original black. The “obliterating trials” tested different inks used to cancel, or “obliterate,” the stamps to see whether they could be removed without harm to the stamp. 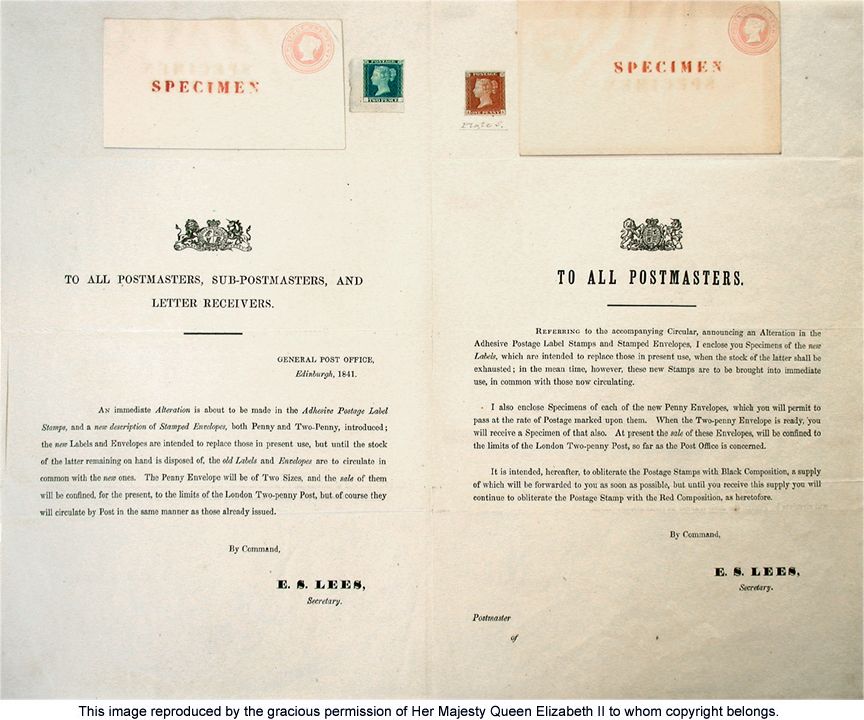 Based on this research, Hill chose a particular black ink for the cancels, and a red ink for the penny stamp. The Penny Red was introduced on February 10, 1841. A better blue ink was also found for the Twopenny Blue. Together with the Penny Red, the 1841 Twopenny Blue would remain in use for the next 38 years.