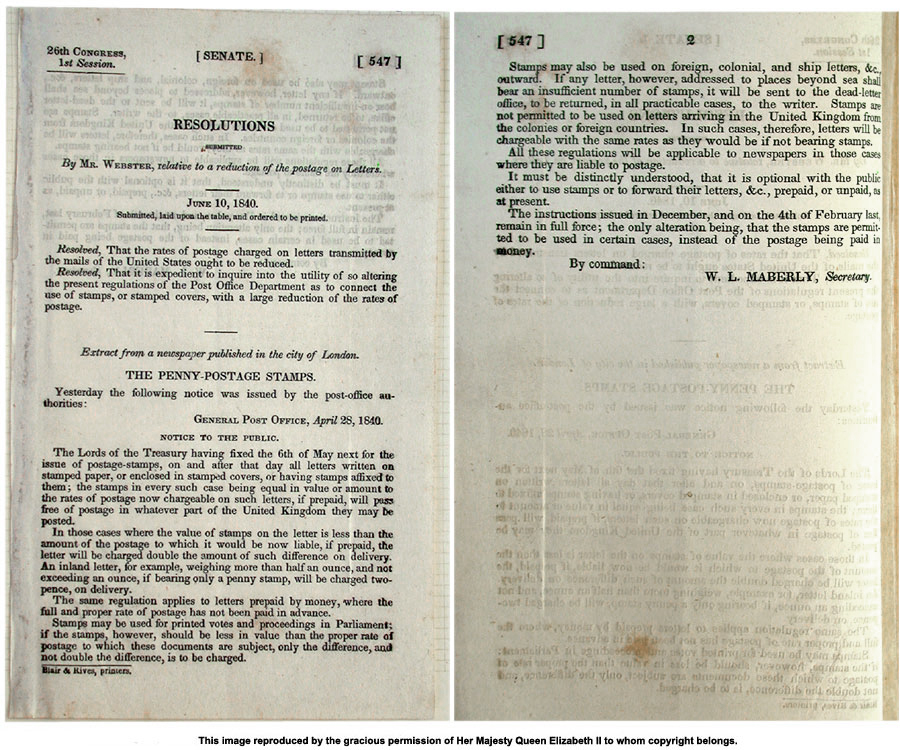 Pages one and two of Daniel Webster's Senate Resolution of June 10, 1840, from the copy held by the Royal Philatelic Collection.

Postal reform was such a popular success in Britain that within two decades it was adopted by dozens of countries around the world. An early sign of that global change was a U.S. Senate resolution on “a reduction of the postage on Letters” submitted by Daniel Webster of Massachusetts. A leading senator who later became Secretary of State, Webster submitted his resolution on June 10, 1840—about a month after the first British stamps were issued. 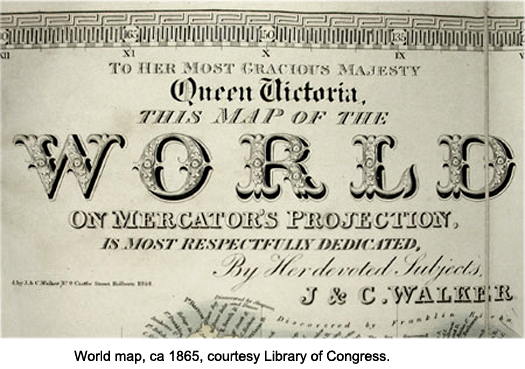 Webster proposed “to connect the use of stamps, or stamped covers, with a large reduction in the rates of postage.” He attached a London newspaper's reproduction of a British Post Office notice announcing the first stamps, and a facsimile of the British “Mulready” postal stationery. 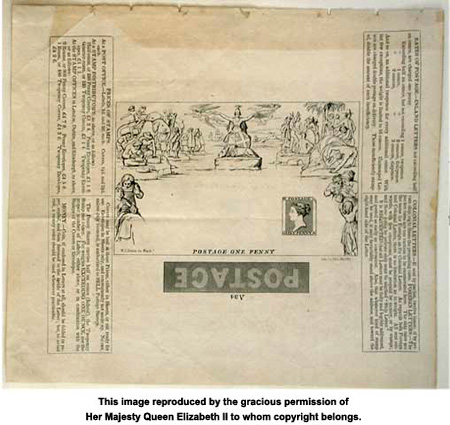 The third page of Daniel Webster's Senate Resolution of June 10, 1840, a facsimile of the British “Mulready” postal stationery.

Nothing came of Webster's proposal at the time. In 1845, however, U.S. postage was greatly reduced and simplified to just two rates-5 cents for mail sent less than 300 miles, and 10 cents for longer distances. The United States introduced the first U.S. postage stamps in 1847, following Britain itself, Brazil, and some Swiss cantons.

‹ 1841 Twopenny Blue up Mulready Stationery ›
Back to Top