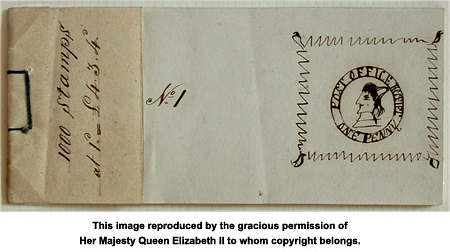 An October 1839 submission by John Little, anticipating the modern stamp booklet. Little proposed a 1000-stamp booklet; he sketched stamps on some of the interior pages as well.

Soon after postal reform became law in 1839, the Treasury requested proposals from the public “as to the best manner in which the stamp may be practically adopted.” The word “stamp” at this time could mean a wrapper, an envelope, a lettersheet, or an adhesive label. 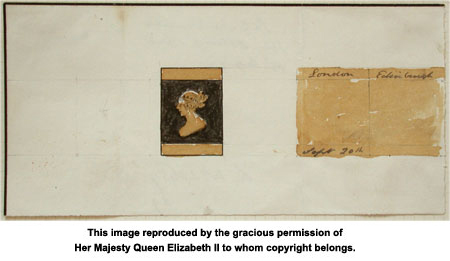 Treasury Competition entry by Sir G. Mackenzie. Mackenzie's entry did not win, but it is very close to the final design for the Penny Black.

More than 2600 entries were submitted, most of which no longer exist. The vast majority of the proposals were too complicated, too expensive, or too time-consuming. Most were written proposals. Only a small number were visual designs, known as essays. 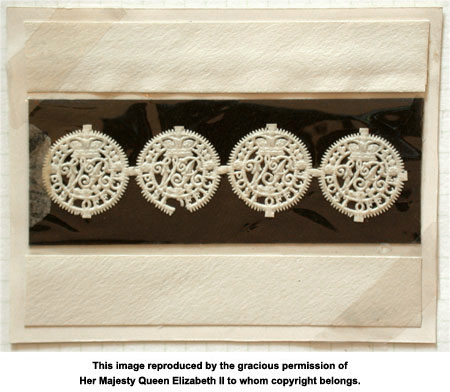 An unusual, very fragile lacy design attributed to one of the Treasury Competition's winners, Benjamin Cheverton.

The Royal Philatelic Collection has the largest number of surviving Treasury essays, as well as additional designs submitted to the Treasury after the competition ended on October 15, 1839. Together, they offer a unique window onto early Victorian graphic design.

Working with his assistant, Henry Cole, Rowland Hill reviewed every entry, completing a comprehensive report in December 1839. In effect, the Treasury declared a four-way tie, with each of four winners receiving 100 pounds. All of the winning proposals included visual designs. None of them, however, resembled the actual stamps and stationery produced in 1840. 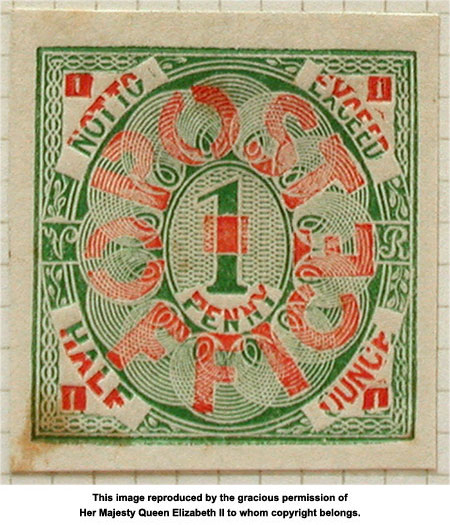 One of several designs by Charles Whiting, another Treasury Competition winner. It was printed with the nearly forgery-proof Congreve process, for which he controlled the patents.