Postal Reform and the World's First Postage Stamps: A Bibliography 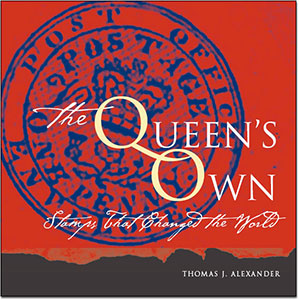 Thomas Alexander is a member of the National Postal Museum's Council of Philatelists, consultant to the Philatelic Foundation, former chair of two American Philatelic Society committees, and past president of the U.S. Philatelic Classics Society, for which he has served as editor of the 1851 section of The Chronicle for more than 20 years. He is the author or editor of numerous publications, including the 949-page United States 1847 Cover Census (2001). His many philatelic awards include the American Philatelic Society Luff Award for research, the U.S. Philatelic Classics Society Distinguished Philatelist Award, and the Smithsonian Philatelic Achievement Award (2004).