Stamps to Mark a Coronation 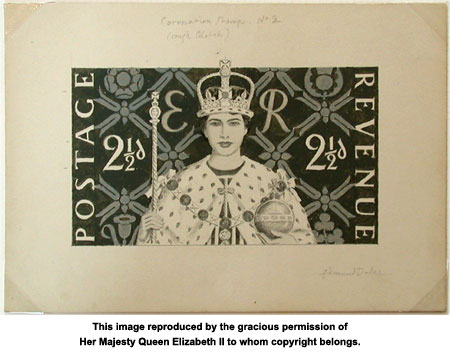 Queen Elizabeth II became Queen on February 6, 1952, on the death of her father. Her Coronation was held more than a year later, on June 2, 1953. Among the many events marking the occasion was the issuance of a special Coronation set of postage stamps. The stamps were actually issued June 3, since post offices were closed on Coronation Day.

The four stamp designs, all reviewed and approved by The Queen, were each by a different designer. Three incorporated a three-quarter view of The Queen based on a photograph by Dorothy Wilding. The fourth was designed by the artist Edmund Dulac and used Dulac's own artwork. 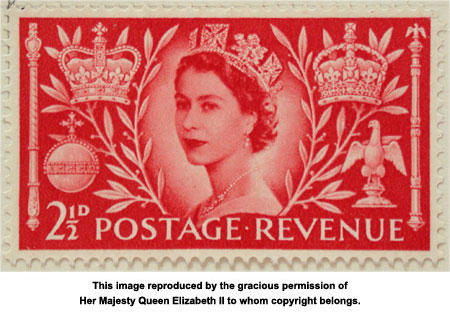 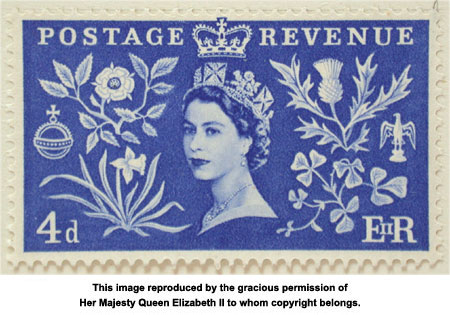 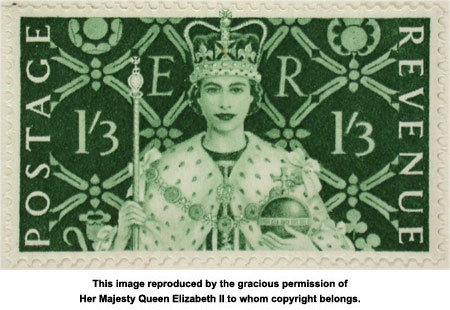 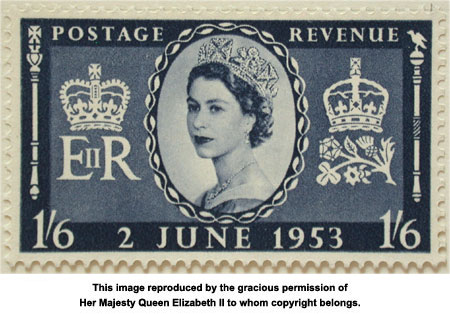 A veteran stamp designer, Dulac had also created the 1937 Coronation stamp of Elizabeth's parents, King George VI and Queen Elizabeth, as well as several other stamps. He died, at the age of 71, a few days before the 1953 Coronation stamps were issued.

‹ Special Rarities-Page Two up Coronation Items ›
Back to Top