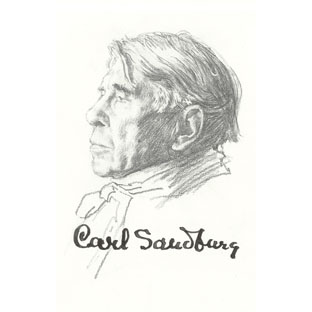 The authors honored on literature stamps have immortalized American life and the human experience. Their works include many different literary forms and genres, from reportage to poetry, from plays to short stories – as well as novels.

The artists for these stamps have portrayed the literary works and their creators in ways that are just as diverse and evocative. Some stamps integrate additional references or elements of the author's work. Carl Sandburg's portrait includes his signature. Ogden Nash's portrait is enhanced by a background of six of his limericks on the actual stamp. They are a treat to read on the stamp with a magnifying glass.

Many great literary works go on to have an even larger life on the silver screen. In the Arts & Entertainment gallery, you will find three stamps commemorating landmark movies – one based on an epic novel, one based on a children’s book, and one based on a short story. They all tell stories that are quintessentially American. 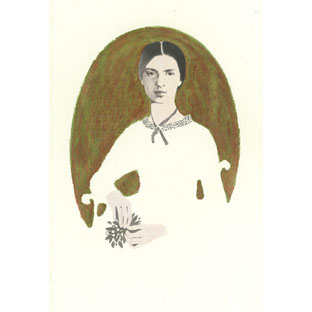 Emily Dickinson
Emily Dickinson {1830-1886} was a prolific but private poet. She maintained a vast correspondence with friends, occasionally including a poem in her letters. Lyrical and emotional, her works explore themes of life and death, love and loneliness, grief and ecstasy. Dickinson frequently experimented with language, punctuation, and unexpected meters and rhythms. Although only a few of her more than 1,700 poems were published during her lifetime, Dickinson is considered one of America's finest and most influential poets. 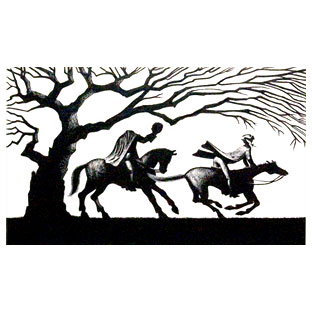 The Legend of Sleepy Hollow
Set in the tranquil Hudson River Valley, The Legend of Sleepy Hollow builds up to schoolmaster Ichabod Crane's meeting with the specter of a decapitated warrior known as the Headless Horseman. The schoolmaster mysteriously disappears after a confrontation with the Horseman, while the woman he loved marries his greatest rival, "Brom Bones." Washington Irving's dark and eloquent folktale captured the American imagination when it was first published in 1820 and has inspired several modern film adaptations and one stage musical.

Carl Sandburg
Carl Sandburg {1878-1967} was a biographer and poet, newspaper columnist and activist, and collector of folksongs. He often championed the working class, and his writing has been described as insightful celebrations of the American spirit. Sandburg worked as a journalist during both world wars, and he received his first Pulitzer Prize in 1940 for his biography of Abraham Lincoln. He received a second Pulitzer Prize in 1951 for Collected Poems. 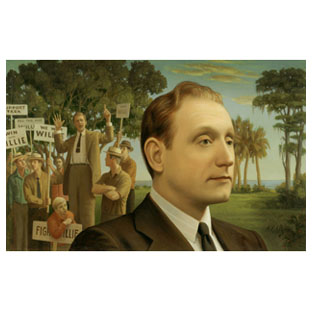 Robert Penn Warren
America's first official poet laureate, Robert Penn Warren {1905-1989} received two Pulitzer Prizes for poetry, in 1958 and again in 1979. During a career that spanned six decades, Warren produced 16 volumes of poetry, 10 novels, a collection of short stories, and textbooks on poetry and fiction. The background of the stamp art recalls scenes from Penn's 1946 novel All the King's Men. This Pulitzer Prize-winning work recounts the rise and fall of charismatic Willie Stark, a southern politician, during the 1930s. 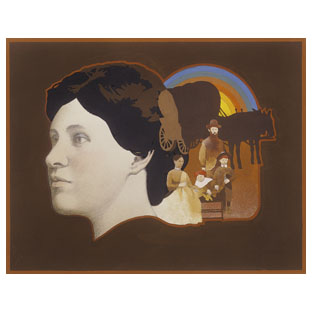 Willa Cather
When she was nine, Willa Cather {1873-1947} and her family moved from Virginia to the plains of Nebraska, where the landscape and colorful immigrant population fired her creativity. Many of Cather's works - including the novels O Pioneers! {1913} and My Ántonia {1918} - are notable for their unique and passionate portraits of people and life on the quickly fading American frontier. Cather was awarded the Pulitzer Prize in 1923 for the novel One of Ours. 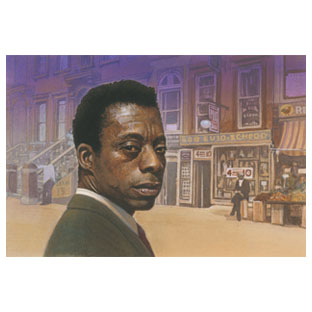 James Baldwin
James Baldwin {1924-1987} wrote novels, plays, essays, short stories, and poems. His writing explores the arts, love, and sexuality, as well as race relations - all seen through the filter of his own strong moral conscience. Some of Baldwin's best-known works include Go Tell It On the Mountain, Notes of a Native Son, and The Fire Next Time. Because of his literary accomplishments, Baldwin was a leading intellectual figure during the civil rights movement. 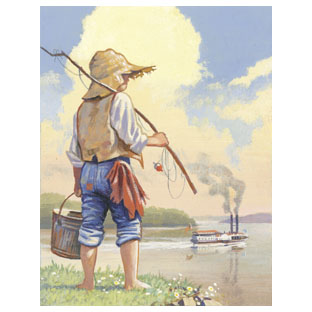 The Adventures of Huckleberry Finn
The Adventures of Huckleberry Finn {1884} is one of Mark Twain's most popular novels. Set about two decades before the Civil War, the tale considers what happens when the demands of society conflict with the bonds of friendship. After running away, young Huck meets Jim, an escaped slave, and together they embark on an epic raft voyage down the Mississippi River. The river becomes a symbol of both freedom and destruction as the two friends must grapple with the moral issues of slavery, cruelty, and loyalty. 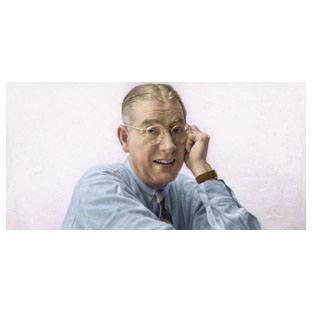 Ogden Nash
Ogden Nash {1902-1971}, widely regarded as one of America's most accomplished writers of light verse, applied his love of language to poems and limericks, children's stories, and lyrics for Broadway musicals. Fond of inventing words, creative misspellings, and unexpected rhymes, Nash concocted whimsical titles for his 20-some collections of poems, including "The Bad Parents' Garden of Verse" {1936}, "I'm a Stranger Here Myself" {1938}, "The Face Is Familiar" {1940}, and "You Can't Get There From Here" {1957}.

Literary Arts
‹ History and Exploration up Artist Index ›
Back to Top