From Gospel to Secular

Once America had an established gospel music tradition, new generations of gospel artists attempted to make this musical tradition more accessible to the general public. Some artists popularized gospel music by increasing their involvement in humanitarian activities outside the church, while others added more secular themes to their songs. Two artists that greatly contributed to expanding the audience for gospel music in America were Mahalia Jackson and Clara Ward.

The Mahalia Jackson and Clara Ward stamps were designed by Howard Paine for the American Music Series: Gospel issue. The ceremony was held at the New Orleans Superdome during the Full Gospel Baptist Church Fellowship Conference. Each stamp features a photograph depicting the gospel artist. 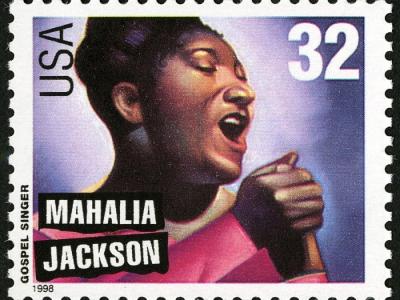 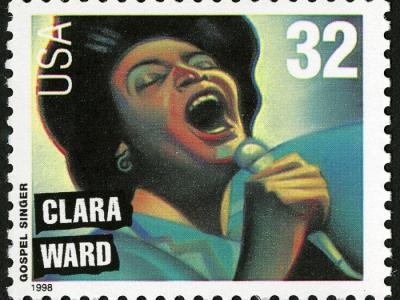 ‹ Sister Rosetta Tharpe up Mahalia Jackson ›
Back to Top