1960s: Reaching out to Industry to Level Mountains of Mail

For a long, long time prior to 1960 no one at [postal] headquarters was willing to listen to…business mailers. All of that has changed. Harry J. Maginnis, President, Associated Third Class Mail Users, 196510

Between 1940 and 1960, mail volume more than doubled, from 27.7 billion to 63.7 billion pieces mailed each year. The development of the computer brought centralization of accounts and sent a growing mass of bills and payments, bank deposits and receipts, and credit card transactions through the mail, while the number of advertisements and magazines in the mail continued to climb. Most mail was generated by businesses and was largely First-Class Mail; by long tradition, most businesses deposited their mail at the end of each workday. 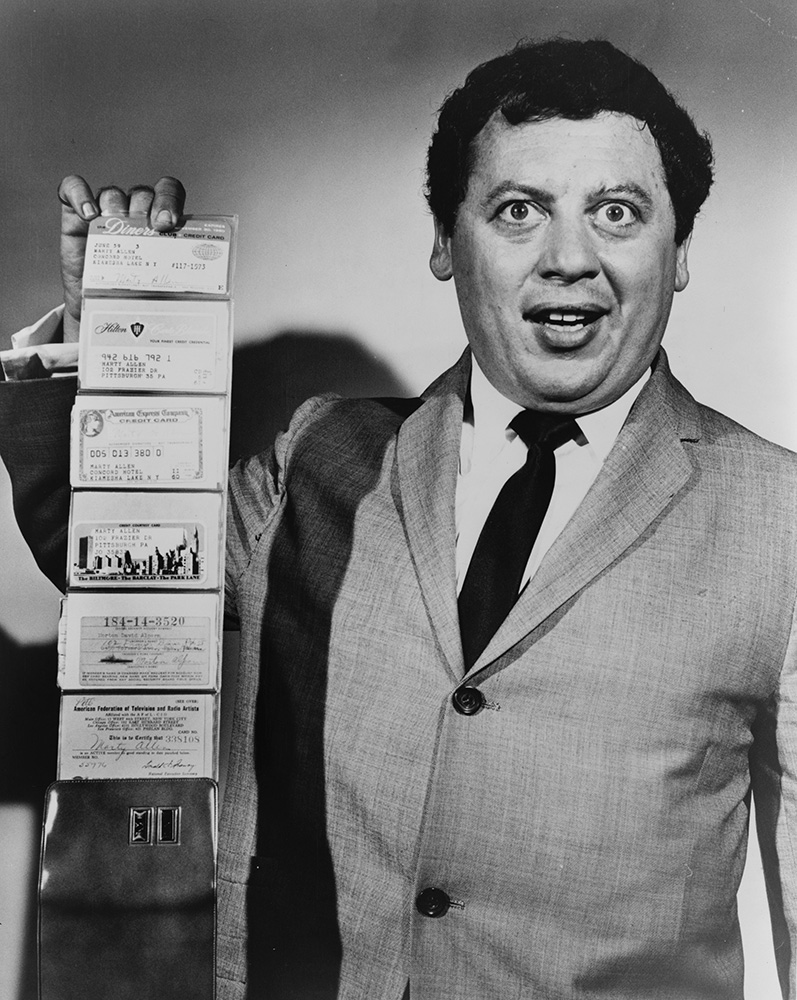 "Your Post Office Department is daily overwhelmed by a 5:00 p.m. Mountain of Mail," First Assistant Postmaster General Fred Belen told a group of Chicago mailers in June 1961, "the growing volume of mail has … seriously strained the Post Office facilities."11 The next month, Postmaster General Edward Day told a group of New York mailers that the "daily logjam has cut down on our efficiency, slowed our drive for greater economy in postal operations, and played havoc with our efforts to improve mail service generally."12

In the summer of 1961, Department officials began a concerted campaign to enlist the cooperation of large mailers in the Nationwide Improved Mail Service program, or NIMS. The initial focus of NIMS was to encourage mailers to deposit mail earlier in the day or in staggered increments. The need to balance workload was made even more urgent by the increased use of mechanization. Employees could be shifted to meet hourly fluctuations of mail, but machines could not.

Early in the day there is plenty of dock space at the post office so that there are not long delays in unloading your mail. The conveyors, canceling machines, and sorting cases are available early in the day for the prompt processing and dispatching of your mail.  After 5 o'clock these facilities are so crowded that your mail must take its turn. Unfortunately, its turn may not come until after it has missed the dispatch you intended to make.13

Delivery Zones
During World War II, thousands of experienced postal employees left to serve with the military. In 1943, the Post Office Department began using zone codes in 124 large cities, so that mail could be sorted by employees who did not have detailed scheme knowledge. Under this system, delivery zones were identified by one or two numbers between the city and state — for example, Birmingham 7, Alabama. Zone codes were used in 131 cities in total; most continued to use zone codes until ZIP Codes came along in 1963.

Belen also asked mailers to sort their mail more finely — if possible, by delivery zone or carrier route. Large-volume mailers saved the Department more than a million manhours a year by bundling mail to delivery zones, but there was room for improvement since only about 34 percent of second-class mail and 23 percent of third-class mail was sorted this way. Although the Post Office Department didn't give mailers a direct financial incentive for this additional sorting, mailers received an important side benefit — speedier deliveries. This was a compelling reason for many mailers. Charles Pace, circulation manager for the Wall Street Journal in the 1960s, recalled that "we always spoke of minutes, not hours, when dispatching mail."14 Equally compelling to many mailers — saving the Department time helped curb spiraling labor costs, which in turn helped rein in postage rate increases. 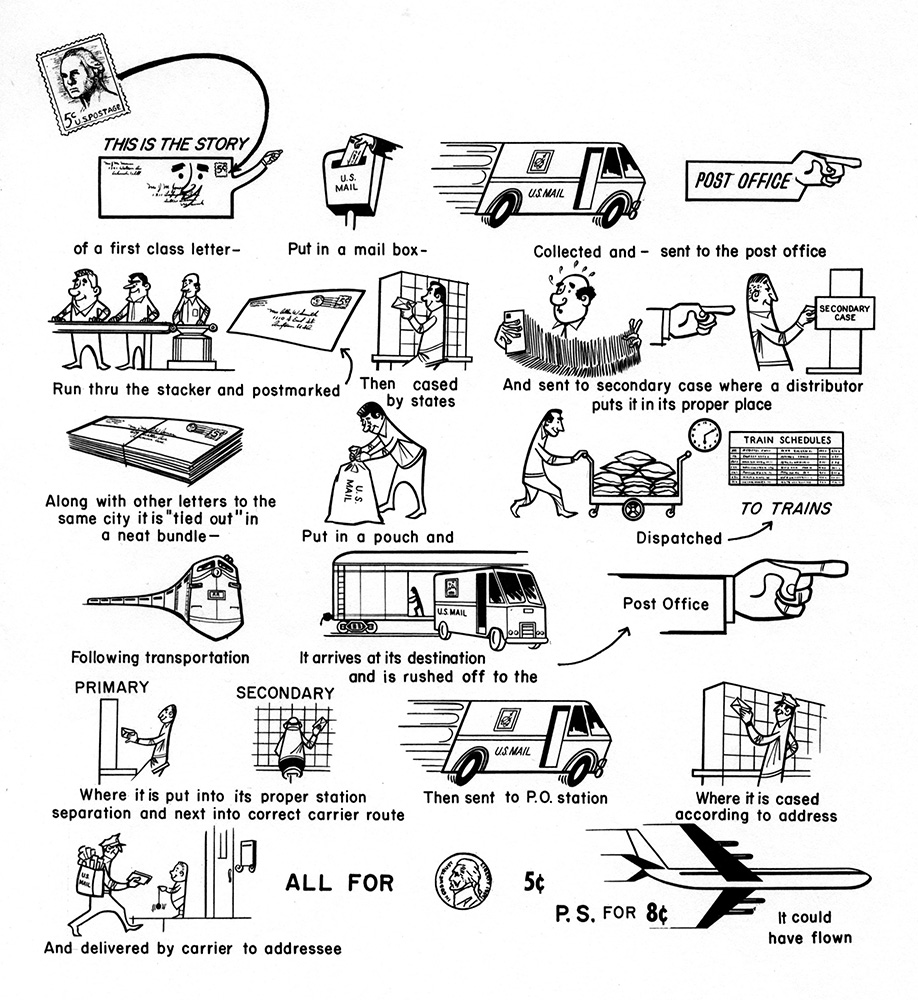 The NIMS program … represents the opening phase of what we hope will be a lasting era of cooperation between the Post Office Department and the business community. … Over the long haul, we intend to ask for your advice and recommendations, from time to time, concerning other matters involving improved mail service. We want your help. We need your support.15

Just two years after the start of NIMS, the percentage of after-five First-Class Mail dropped from 75 percent to about 55 percent.

Balancing the workload helped, but it was not enough. To cope with rising mail volumes, the Department also needed to work more efficiently. Adding more employees to sort ever-increasing amounts of mail was not an option — costs aside, there was nowhere to put them, as many large postal facilities were already outdated and cramped. 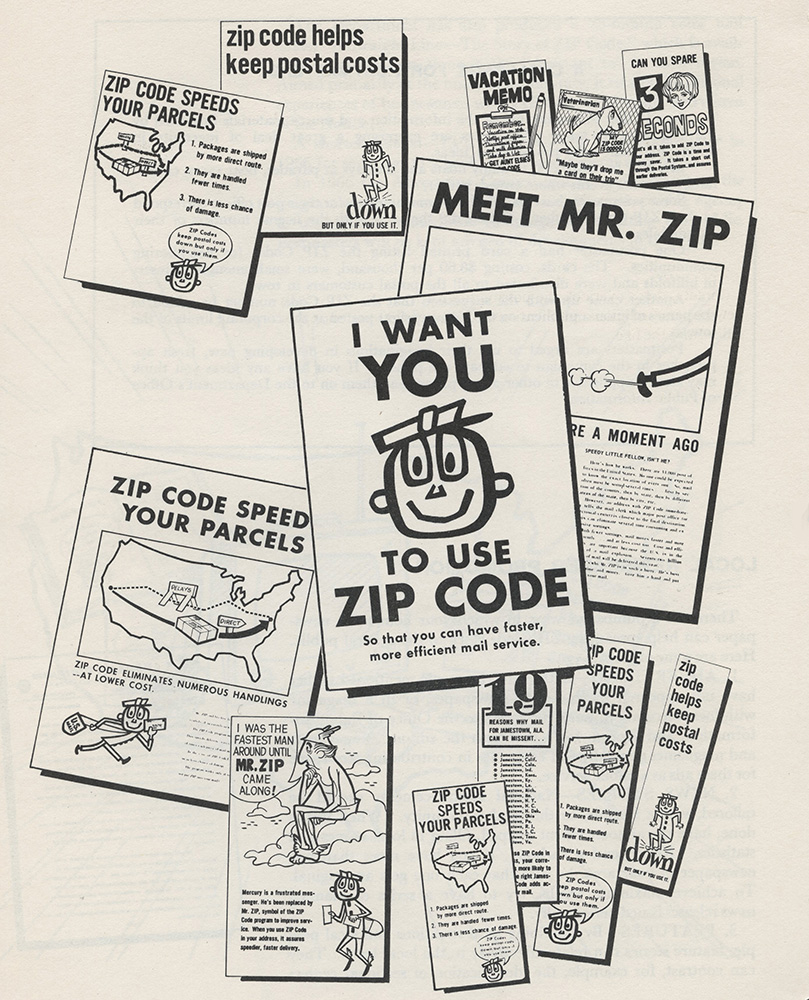 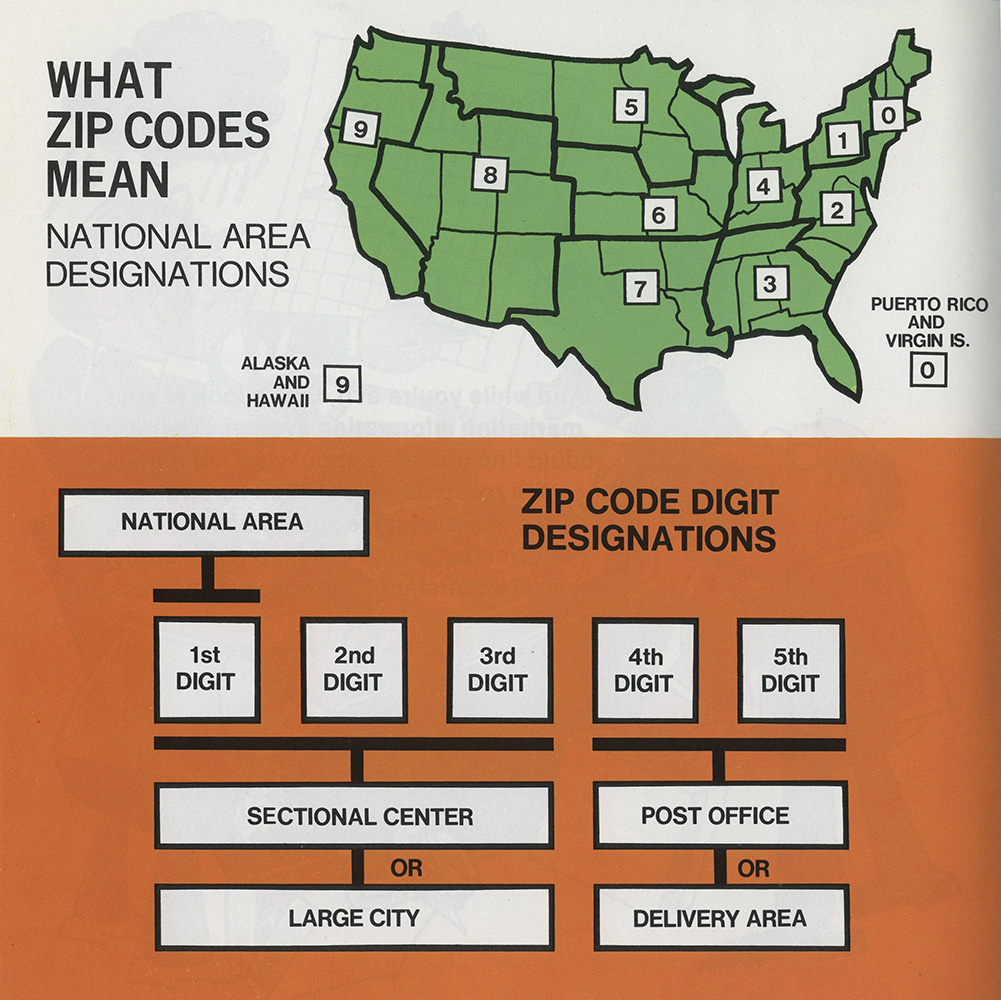