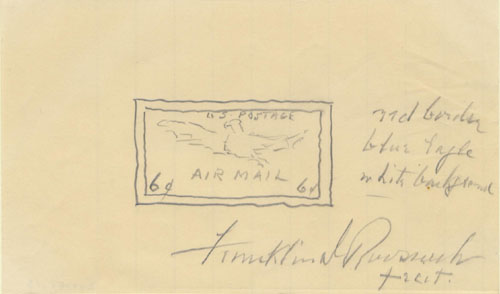 President Roosevelt designed only one airmail stamp - the 6-cent airmail of May 14, 1938. For this sketch, the President used a pad of lined paper, turned it sideways, and drew a simple, but effective arrangement of an eagle in flight. To this he added minimal wording - "U.S. Postage" at the top: "Air Mail" below the eagle and "6-cent" in each lower corner. His guidelines, noted to the right were: "red border/blue eagle/white background," and he then dashed off "Franklin D. Roosevelt fecit." 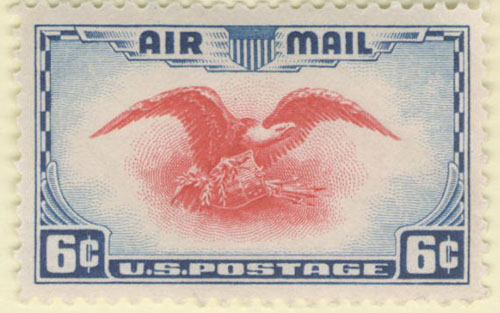 Artists at the Bureau of Engraving and Printing respected the President's wishes for emphasis on the eagle, but did take the liberty of reversing the facing from left to right, switching "Air Mail" to the top with a shield separation, and putting the longer "U.S. Postage" across the bottom between the denomination panels. 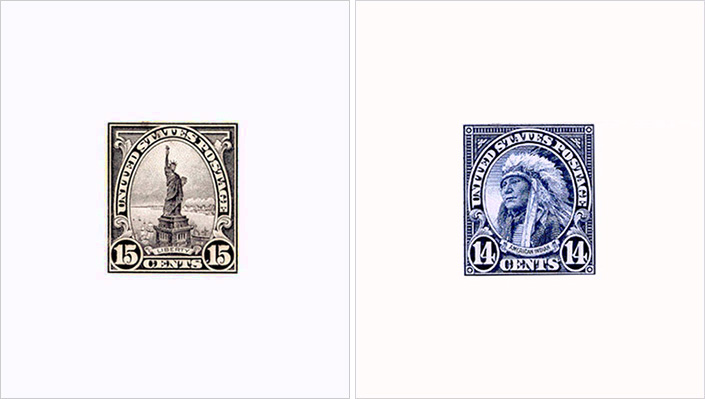 Although FDR's stamp collection was sold following his death, over the years the Smithsonian Institution has acquired several objects from his personal collection including these large die proofs. Proofs are the final impressions taken from an approved die prior to the printing of a stamp and are the same size and color of the final stamp.