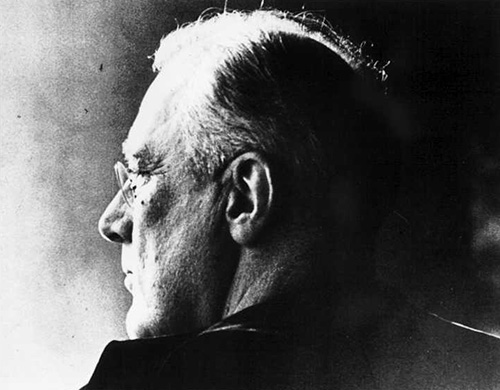 Less than a hour before Franklin D. Roosevelt's death on April 12, 1945, he reportedly talked with his second Postmaster General, Frank C. Walker, on the telephone and promised to participate in the first day of issuance ceremonies for the United Nations stamp in San Francisco. The President had been sitting for a portrait that Elizabeth Shoumatoff was painting when Walker called. When the president ended his call she praised the recently-issued Florida Statehood stamp, and asked if he had anything to do with it. "I certainly did," he is reported to have responded. Minutes later he complained of a severe headache and collapsed from a cerebral hemorrhage. 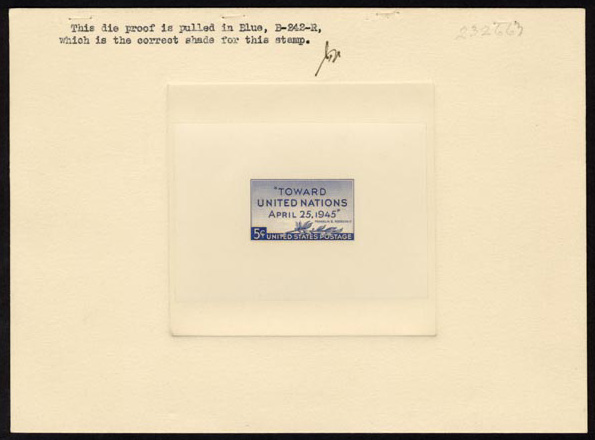 "Towards United Nations" became FDR’s first memorial. Though the issuance date was less than two weeks away when the President died, the Post Office Department ordered the Bureau of Engraving and Printing to revise the design to include "Franklin D. Roosevelt" in the field below the date and above the flat laurel branch.