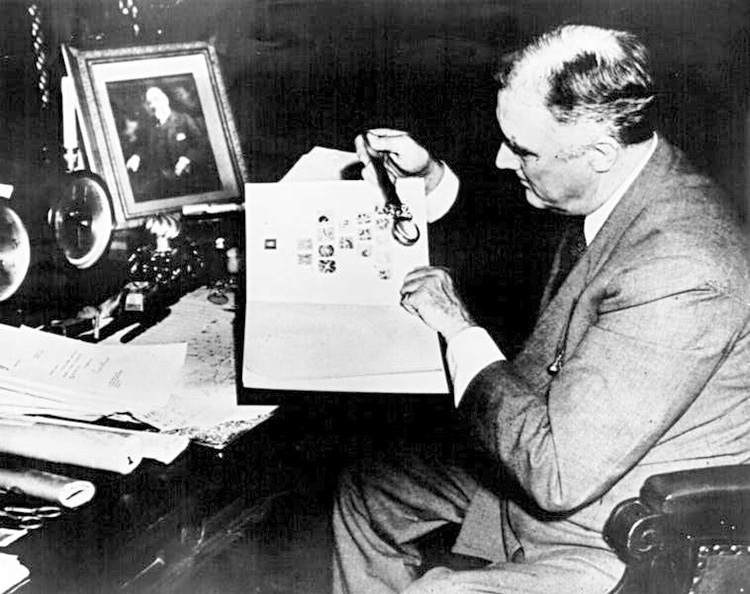 FDR working with his stamp collection at his Hyde Park, New York home.
Courtesy of the Franklin D. Roosevelt Library

“Franklin D. Roosevelt (1882-1945) was unique among United States presidents and is remembered and respected for his strong yet compassionate leadership during the Great Depression and World War II. Despite the strain of such continuing political and economic crises, the 32nd President of the United States (1933-45) pursued his lifelong interest in collecting stamps. FDR sketched the original designs for several United States stamps issued during his time in office.

President Roosevelt’s stamp designs reveal a great deal about the events that occupied his attention as well as his personal stamp collecting interests. Though not an artist, he had an above-average knowledge of the elements of design, and he knew what would be pleasing to him as a stamp collector. This exhibit showcases the postage stamps bearing President Franklin Roosevelt’s designs along with other items from his personal philatelic collection. These objects offer a fresh perspective of one of our nation’s most esteemed leaders.”