The chaplain of Base Hospital 202 in Orleans, France, had the duty of writing this condolence letter. The military reported to families on the status of those missing in action or hospitalized, and sent death and burial notifications. The chaplain informed Private Mack Goldklang’s mother of her son's death. He also noted the special attention given by the rabbi and the local Jewish community to her son's burial. Private Goldklang was one of 116,000 military service members mourned and memorialized. 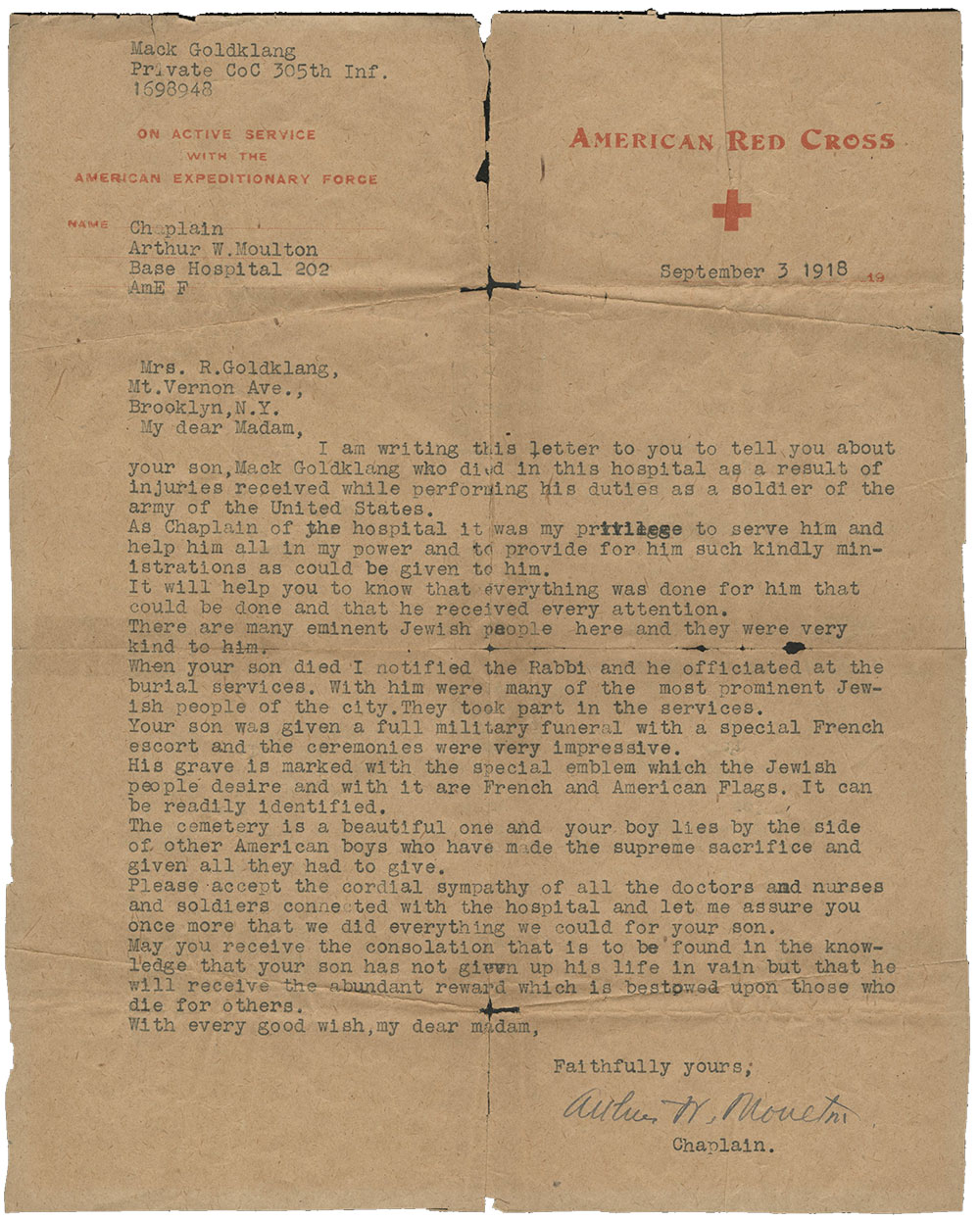 I am writing this letter to you to tell you about your son, Mack Goldklang who died in this hospital as a result of injuries received while performing his duties as a soldier of the army of the United States.

As Chaplain of the hospital it was my privilege to serve him and help him all in my power and to provide for him such kindly ministrations as could be given to him.

It will help you to know that everything was done for him that could be done and that he received every attention. There are many eminent Jewish people here and they were very kind to him.

When your son died I notified the Rabbi and he officiated at the burial services. With him were many of the most prominent Jewish people of the city. They took part in the services.

Your son was given a full military funeral with a special French escort and the ceremonies were very impressive.

His grave is marked with the special emblem which the Jewish people desire and with it are French and American Flags. It can be readily identified.

The cemetery is a beautiful one and your boy lies by the side of other American boys who have made the supreme sacrifice and given all they had to give.

Please 'accept the cordial sympathy of all the doctors and nurses and soldiers connected with the hospital and let me assure you once more that we did everything we could for your son.

May you receive the consolation that is to be found in the knowledge that your son has not given up his life in vain but that he will receive the abundant reward which is bestowed upon those who die for others.

With every good wish, my dear madam,