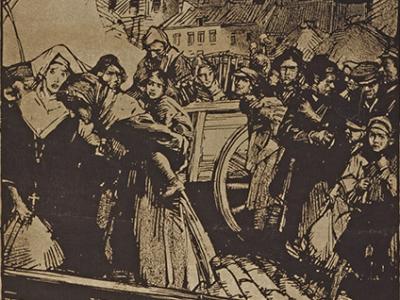 Staying Neutral became increasingly difficult for the United States as the war progressed. Between 1914 and early 1917, Americans sent humanitarian aid and volunteered medical services in war-torn countries. The relief work and America’s continued commercial trade with combatants raised questions about the nation’s neutrality. 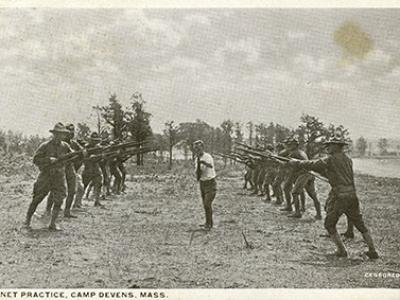 Mobilizing, equipping, recruiting, and training the military stretched over the nineteen months of America’s engagement in the war. Congress declared war on April 6, 1917, and enacted the draft for men one month later. Eventually over four million men and women served in the military during the conflict. Social welfare organizations also expanded to provide essential services. 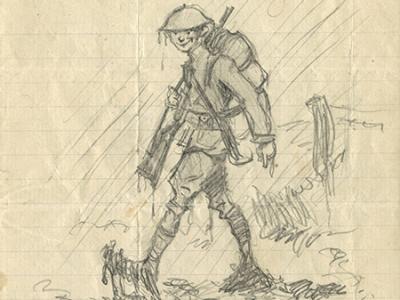 Front Line personnel and civilians at home exchanged over 51 million letters in the first year after entering the war. For security reasons, the military censored outgoing mail from all service members deployed overseas. 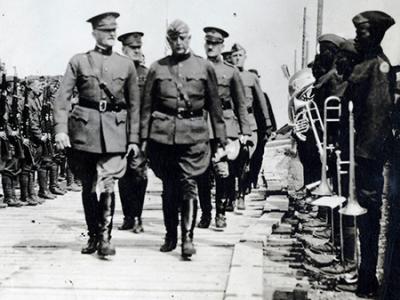 Establishing Peace began with a ceasefire on the 11th hour of the 11th day of the 11th month of 1918. The resulting celebrations gave way to the long process of recovery. Service members looked forward to returning home and planning for the future, while diplomats began to negotiate treaties that redefined European borders. 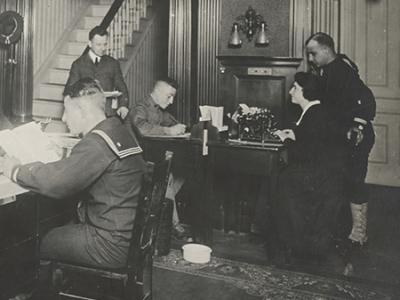 Letter Writing Culture was pervasive, with few other forms of communication readily available at the time. It inspired music, art, and literature and elevated the importance of simple paper and pens. 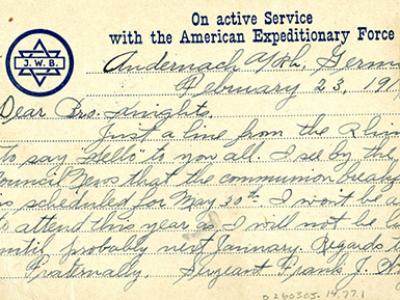 Postcards were an inexpensive and easy way for busy service members to communicate with friends and loved ones. Charitable organizations distributed postcards for free to encourage military personnel to write. Some postcards even came with pre-printed messages, which helped regulate the content and tone of information sent home. Picture postcards offered glimpses into life at training camps, scenes of the war’s destruction, and sentimental or patriotic messages.

‹ Exhibition up Staying Neutral ›
Back to Top