In 1765 the British Parliament passed an act commonly called The Stamp Act that infuriated American colonists. Resisting the Act was the first incremental step on the road to the American Revolution. Cries of “taxation without representation” and attacks on stamp agents led to the repeal of the Act on March 18, 1766. 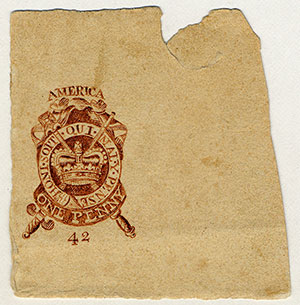 This stamp is one of 32 surviving red proofs of the 1765 Stamp Act. The letter to John Hancock was handstamped in New York on July 4, 1776—the birthday of the United States of America. 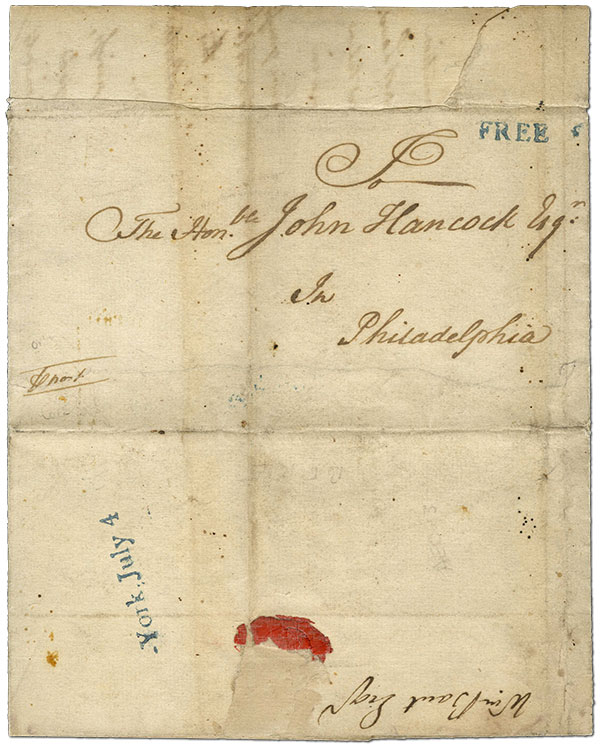 In 1775 the Revolutionary War began. On July 4, 1776, the Continental Congress adopted the Declaration of Independence. On that same day, lawyer William Bant sent this letter to the first signer—John Hancock. 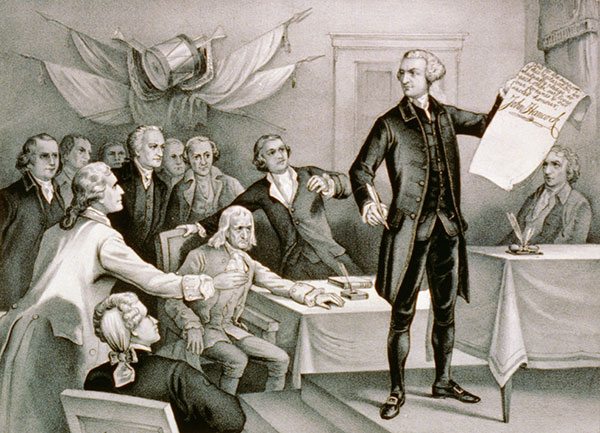 The first person to sign the Declaration of Independence was John Hancock, President of the Continental Congress.

‹ Gems of American Philately up 1847: America’s First Stamps ›
Back to Top