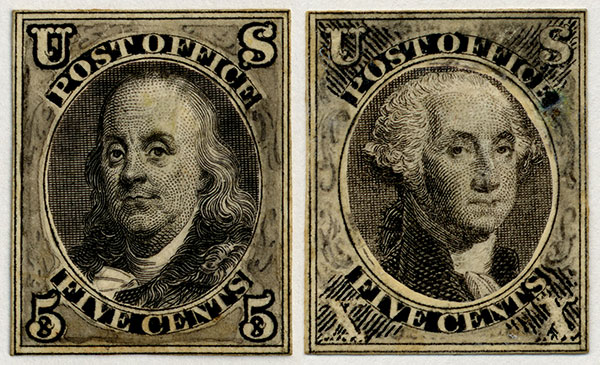 These two United States postage stamps became valid for use on July 1, 1847. The cover (below) was postmarked the next day.

The essay vignettes of Franklin and Washington were printed from existing engravings by Asher B. Durand. The frames were drawn in pencil and ink on cardboard, then a light wash of India ink was brushed on to give tone. The Franklin stamp paid the rate for one half-ounce sent up to 300 miles. The George Washington stamp paid the rate for longer distances or heavier mail. 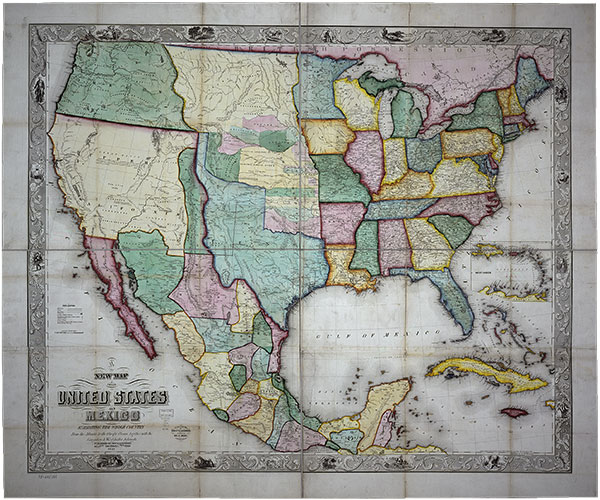 When the first federal postage stamps were issued, the United States comprised 29 states along with several territories. Courtesy of Library of Congress.