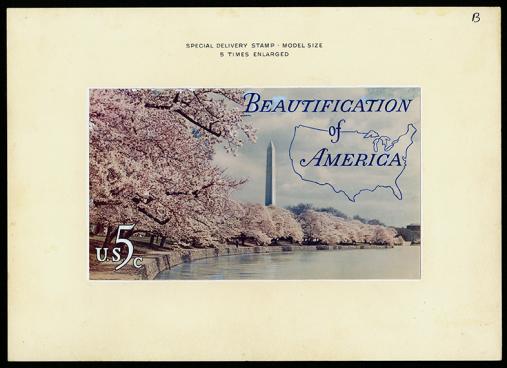 As a result of Lady Bird Johnson’s continued advocacy of the beautification and conservation campaign, the Johnson Administration (through the US Post Office Department) issued additional stamps supporting her efforts. Several artists were involved in the design of the 1969 stamp, and Lady Bird played a role in selecting the final design, emphasizing government and community beautification efforts.