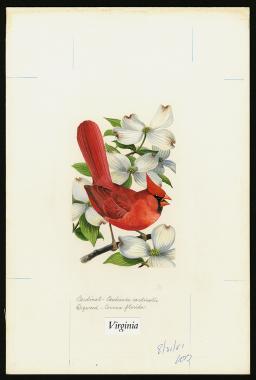 The Cardinal, also known as the Northern Cardinal, has been the Virginia state bird since 1950 and is the official bird of six other states. The Cardinal eats insects and a variety of seeds, such as sunflower seeds, and berries produced by the flowers of the Dogwood tree during the spring.