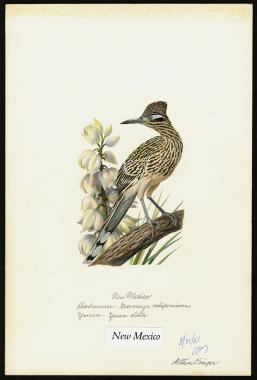 The Roadrunner, commonly called the Chaparral bird, was designated New Mexico’s state bird in 1950. One of nature’s speediest birds, the Roadrunner is named for its tendency to run rather than fly, though it will take flight to evade predators. Appearing in the gardens of the Southwest, Roadrunners eat dragonflies and yucca weevils.