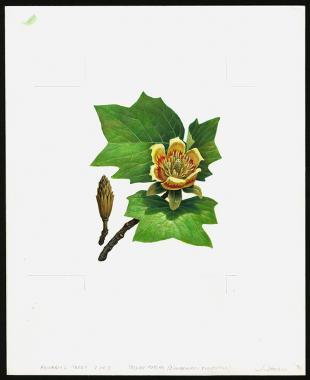 This flowering tree, commonly called the tulip tree, is native to North America and is found in the eastern half of the United States. The tree is used as a shade tree. In June and July, it bears large greenish-white flowers displaying an orange band near the base.