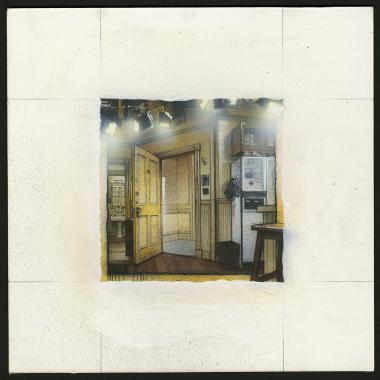 Seinfeld Television Series was a highly rated situation comedy show that ran from July 5, 1989 to May 14, 1998. Jerry Seinfeld himself actually participated in the design of the artwork, which features the interior of his fictional apartment.