These papers are held in the permanent collection of the museum. The entire file is accessible online.

Protecting the mail and the postal system is the job of the U.S. Postal Inspection Service. Postal inspectors are the federal law enforcement and security arm of the United States Postal Service (previously the Post Office Department). In 2013, postal inspectors transferred some of their historical files to the Smithsonian National Postal Museum, including the file on the Hindenburg disaster. Postal inspectors from Philadelphia, Pennsylvania, visited Lakehurst, New Jersey, and Hindenburg’s crash site to collect and document mail before it was forwarded to addressees. This file includes different typed lists and information in memorandums not previously known to philatelists.

Folder 1: L.N. Regnier and C.R. Lynch, Postal Inspectors, to Inspector in Charge, Philadelphia, May 7, 1937, regarding damage and destruction of mail matter by fire aboard dirigible Hindenburg on May 6, 1937. Regnier and Lynch received a batch of approximately 136 salvaged letters and cards on May 6.

L.N. Regnier and C.R. Lynch, Postal Inspectors, to Inspector in Charge, Philadelphia, May 12, 1937, regarding zeppelin Hindenburg disaster on May 6, 1937, 7:23 p.m.; mail matter damaged and destroyed by fire. This report explains how the salvaged mail was handled: separated, dried, and address portion cleaned for identification, sorted into two groups (one destroyed by fire and water, the other only by water and intended for the return trip), notes that Inspector Lynch delivered mail to New York. Typed lists of mail included with the report are marked Group I and Group II. The lists of incoming mail include: addressee, description (letter or card), postage, and sender.

Folder 3: H.R. Nicol, Postal Inspector, to Inspector in Charge, Philadelphia, May 12, 1937, regarding damage and destruction of mail matter by fire aboard dirigible Hindenburg on May 6, 1937. The report describes his meeting with postal officials in New York City and the determination of how the salvage mail should be delivered by registered mail. Officials also concurred that the U.S. post office would not be responsible for the payment of any indemnity on registered mail since it had never been received. Discussions focused on the amount of mail on board in various classes and how to return mail to Germany. Notes on a second interview with crew member Kurt Schoenherr during which he explained his role as postmaster on board.

H.R. Nicol, Postal Inspector, to Postmaster, Morgan Annex, New York, May 12, 1937. In this letter, Nicol confirms the decisions from the meeting, including that mail will be sent registered, that German postal authorities will be contacted on recovered mail with requests for numbers of pieces and sacks and weight of registered and ordinary mail sent by Hindenburg.

Mail intended for the Hindenburg send forward by, May 7, 1937, with list of ships and country destinations. 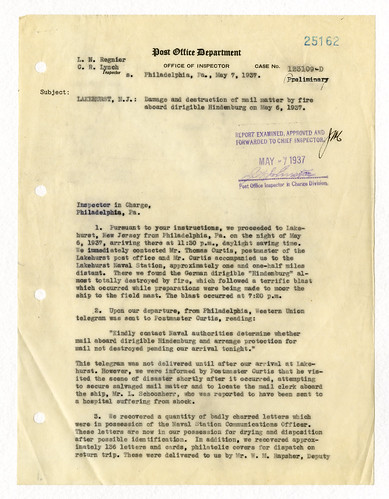 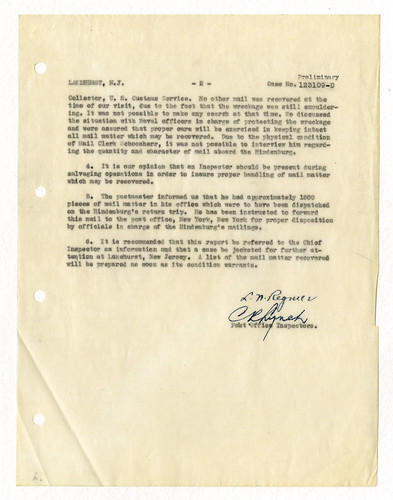 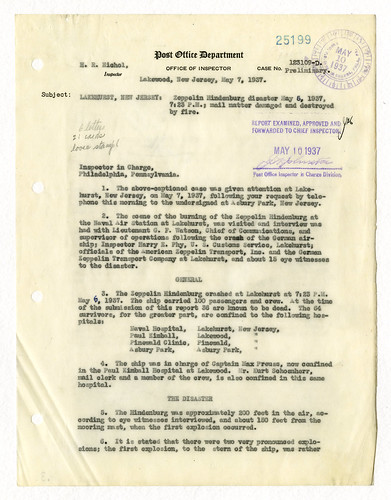 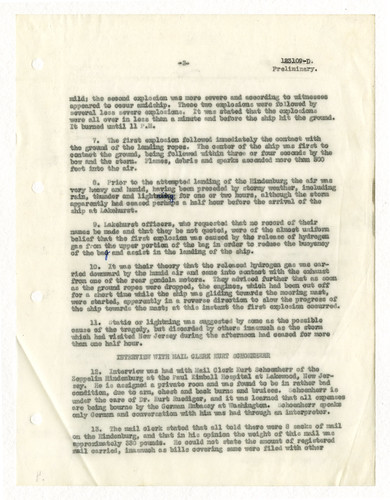 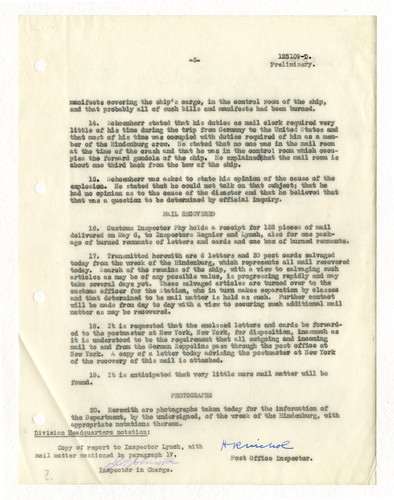 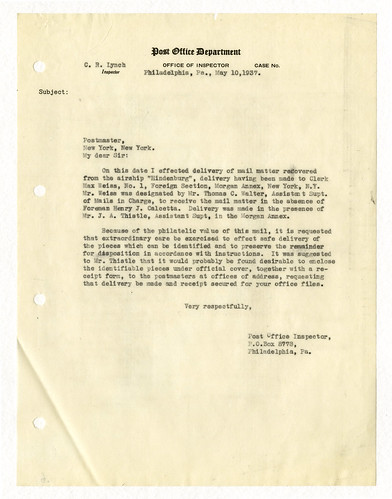 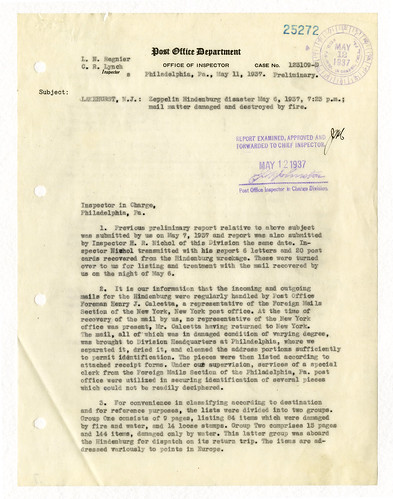 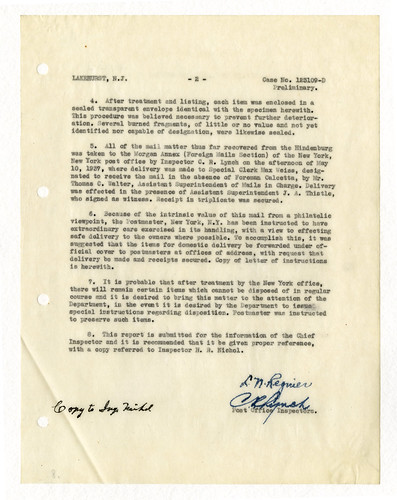 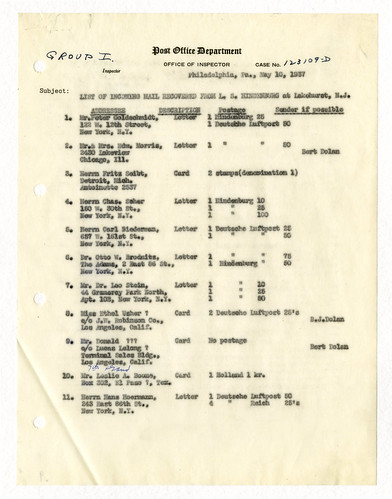 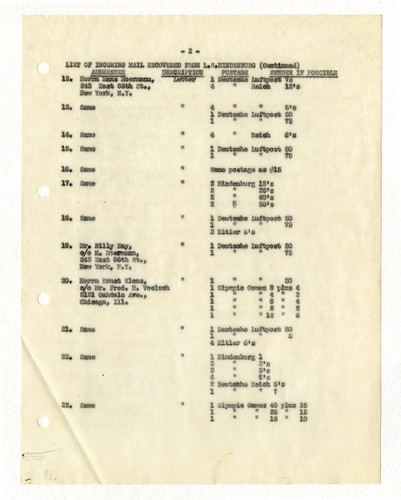