-The engineer would give you a certain whistle that let you know that the local is coming up.

Listen for the long whistle on the train.

BOOM! Take it off, throw it to the pouchman for distribution.

-Some people may think of us as railroad employees, but that's not true because we had to take a a stiff, competitive exam that the post office put out for Railway Postal Clerks, RPO Clerks. And if we passed it, we we got the job.

-Well, the doorman had a call in at each pouch as they came in. Well he cut it short. In other words, he would say something like, "Florida dies with a two from chic seven."

-Going on further you've get, Hagers and Roanoke at Waynesboro.

-The Dot and Polka.

-Nelson County's right out of Charlottesville.

-You don't lose a whole lot of time. You just throw the name out or the address out. And everybody, as we're still working, somebody going to try to figure it out. And so this was addressed to "Mr. Hot Dog, Washington D.C." And so we were all curious, where in the world is Mr. Hot Dog? Because we broke the mail down. And so finally, before the trip was out, somebody said, "oh that's Chief Justice Frankfurter." And so we sent it in to the Chief Justice. That's what we decided it was. But somebody wrote on there, "Mr. Hot Dog."

-Most of the fellas, I'd say 99% of them, were all for one and one for all, because anybody that was stuck, if somebody else got up on his mail, he'd go and help the fellow that was stuck, because nobody sat down and rested, or laid asleep, or anything else, unless everybody was up. Nobody stopped to eat until everybody could eat. And it was just that, "I help you and you help me till we're done."

-1977. That was the last working mail train that ever the rails. It was a glorious affair full of tears and all like that. But I think if the trains were running today, I would still be on there and I'm sure some of the others, because we were very, very dedicated. We loved that job. But that was the last run, and that's a sad story.

The Railway Mail Service revolutionized the way mail was processed by sorting mail aboard moving trains. Railway mail service began in 1832, but grew slowly until the Civil War. In 1862, mail was sorted en route, as a train moved between two points. The idea proved to be exceptionally successful, and as the postal service decentralized its operations, it concentrated on sorting much of the growing volume of mail while it was being carried on the nation's rail lines.

This new method of sorting the mail was developed just when railroads began to crisscross the nation on a regular basis. The service grew as railroads came to dominate America from the end of the 19th century through World War II. 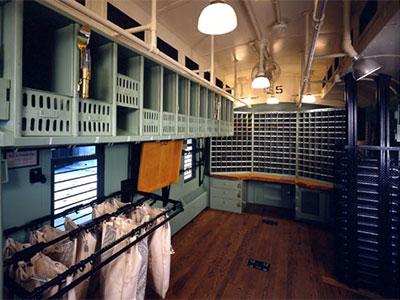 Inside the Railway Mail Car

Sorting mail on moving trains was one of the greatest innovations introduced by the postal service. Mail previously untouched in bags on train floors was processed as the train sped toward its destination.

Learn more About Inside the Railway Mail Car 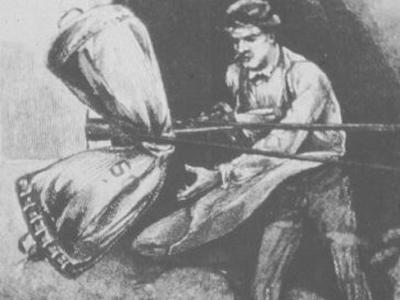 Railway Post Office trains used a system of mail cranes to exchange mail at stations without stopping. As the train approached, a clerk prepared the catcher arm which would then snatch the incoming mailbag in the blink of an eye. The clerk then booted out the outgoing mailbag. Experienced clerks spoke with pride of making the switch at night with nothing but the curves and feel of the track to warn them of an upcoming catch. 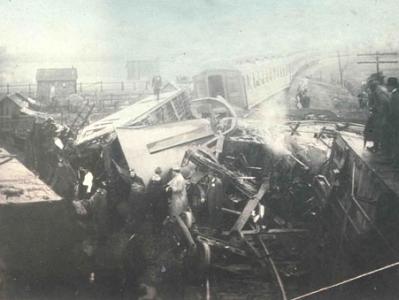 Railway Postal Clerks were considered by many to be the most highly trained postal employees. They also worked under the greatest pressure. In addition to the regular demands of their jobs, they could, without warning, find themselves the victims of train wrecks. 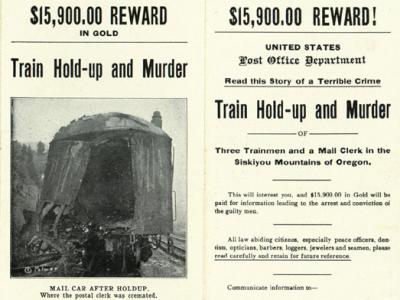 Tempted by the small fortunes carried on mail cars in registered mail and other pouches, thieves tried to make quick fortunes robbing trains. 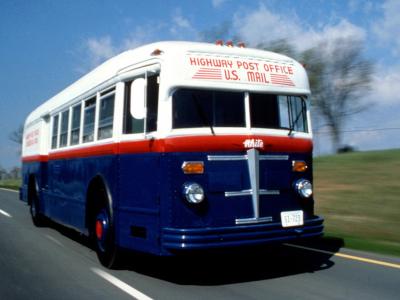 By the 1930s, a significant decline in railroad passenger traffic had caused a subsequent decline in the use of railway trains. To fill the void, the postal service transferred some en route distribution from trains to highway buses. Special covers were designed for the Highway Post Office first trips. 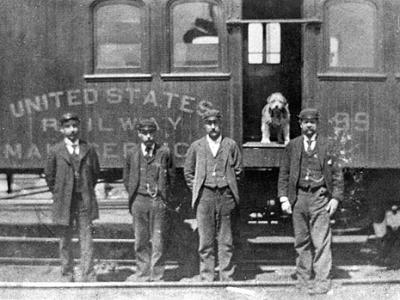 Owney was a scruffy mutt who was adopted by postal workers in the Albany, New York, post office in the late 1880s. The clerks let him stay, and he fell asleep on some mailbags. Owney was attracted to the texture or scent of the mailbags and followed them when they were placed on a Railway Mail Service train.

Learn more About Owney, Mascot of the Railway Mail Service

Most passenger trains carry the United States mail for the railroad postal car is the very backbone of our country's mail service.

These men are railway postal clerks.

Just like the clerks in the post office at home except that here they work while the train speeds along.

Watch them sort the mail; getting it ready for delivery by the time the train reaches the proper station.