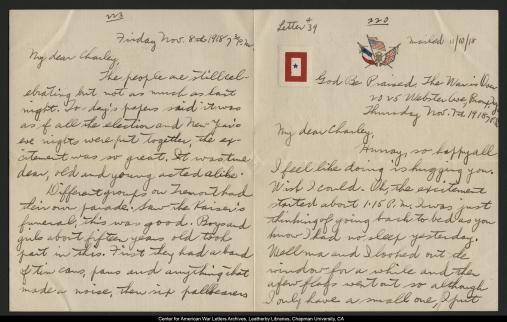 Irene Donnelly decorated this patriotic stationery with a blue star signifying her sweetheart's deployment. She began this letter on November 7, 1918 in celebration of the news that the war had ended, however, the official ceasefire was not signed until November 11, 1918.
Courtesy Center for American War Letters Archives, Leatherby Libraries, Chapman University, CA