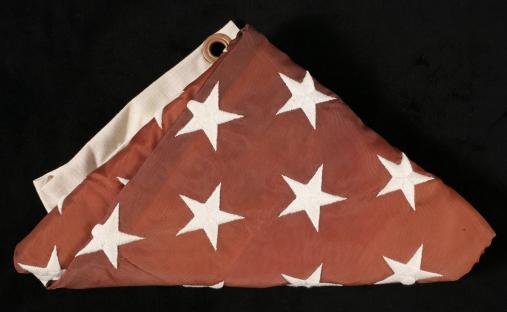 This flag was retrieved from the Washington, D.C. postal facility through which some of the anthrax-laced letters passed on their way to their victims. Among those killed in the 2001 anthrax terror attacks were two postal clerks, Joseph Curseen Jr. and Thomas Morris Jr., who worked at the facility. The building was renamed the Curseen-Morris Mail Processing and Distribution Center in their honor. The chlorine dioxide used to decontaminate the facility caused the discoloration on the flag.