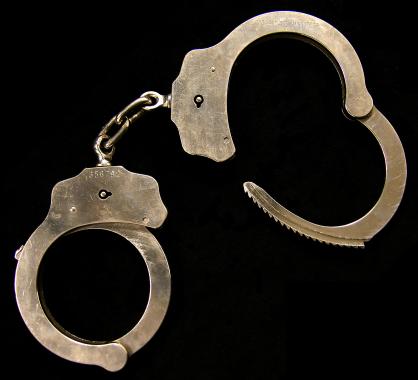 These are the handcuffs that bound one of the nation’s most wanted criminals. They were snapped on Ted Kaczynski as he was brought out of his Montana hideout on April 3, 1996. Kaczynski, better known as the Unabomber, had terrorized the nation since 1978 with a series of mail bombs sent to seemingly random individuals. The handcuffs were presented to Postal inspector Anthony Muljat in recognition of his work on the case.