"Dinty" Moore was killed flying the mail on Christmas Eve, 1923. He encountered a stiff headwind at 1,000 feet on his North Platte, Nebraska to Cheyenne, Wyoming run. He dropped to 100 feet where the air was calmer. A Union Pacific crew watched as his airplane neared some low bluffs at the end of the valley. Instead of rising, the airplane sank and plowed into the slope. The propeller cut a ridge in the earth as the de Havilland careened across the ground before collapsing 100 feet away from the crash spot. 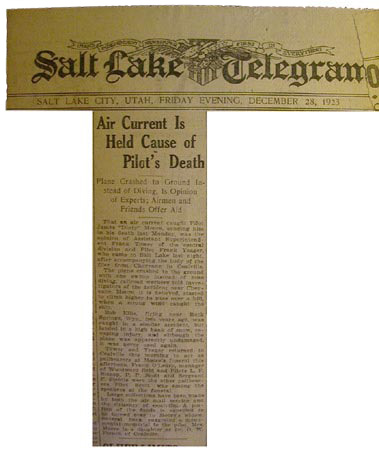