Curator's Picks will be a regular feature on the NPM Blog. Historian & Curator Nancy Pope (a walking encyclopedia of American postal history) is a 25-year veteran of the Smithsonian. 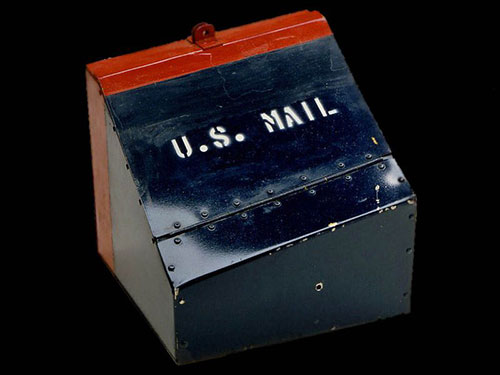 In the midst of the Cold War, Postmaster General Arthur E. Summerfield approached the Secretaries of Defense and the Navy with the idea of test firing a mail-carrying missile. The missile would carry 3,000 envelopes each bearing a copy of a letter from Summerfield in which he wrote that the experiment represented the close cooperation of Defense and the Post Office Departments “in utilizing scientific advances for peaceful purposes.” After all, unlike secret tests, a mail-carrying missile test would publically display the accuracy and reliability of US missiles.

The USS Barbero, a diesel-powered submarine, was selected for the test. The Barbero carried a pair of red, reusable Regulus missiles in a large, specially built hanger nicknamed the “bird cage.” Two of the sub’s four engines were removed to make room for the hanger, cutting the ship’s top speed of 18-20 knots in half. Fortunately for the mail experiment, the speed of the missile, not the vessel, was the attraction. 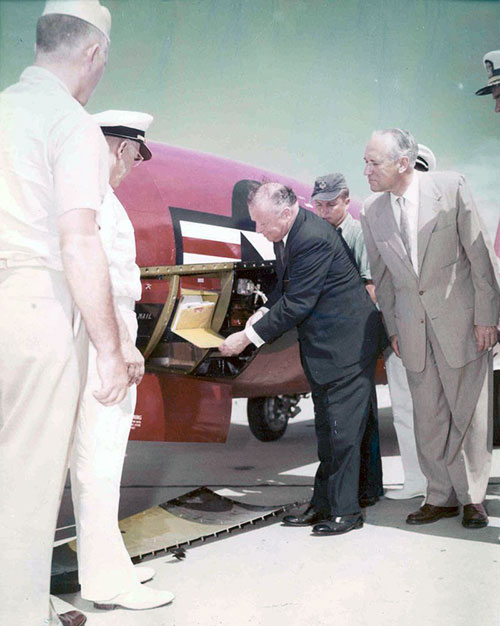 After the landing, the missile was towed in to meet Postmaster General Summerfield and a small group of naval and postal officials who removed the envelopes from the rocket and forwarded them to the nearby Jacksonville, Florida, post office. There, clerks affixed a postmark indicating time and date on the back of each envelope. From then the envelopes were placed in the regular mail stream for delivery to their pre-designated VIP recipients, among them all Members of Congress, the Supreme Court, and Postmasters General from around the world.