As I mentioned in the first part of this series, the most commonly used identification credential in America’s postal history is the metal badge. Badges were first assigned to letter carriers in the 1880s, but before long just about every postal employee carried a badge of one type or another.

Among America’s letter carriers, there were those who had to wear the badge, and those who chose to wear them. City carriers were required to wear badges as early as 1887. These carrier badges were individually assigned and numbered. Carriers were responsible for purchasing their badges and wore them attached to their head gear. By the 20th century, city carriers could wear their identification badges on their uniforms. Over the decades, the requirement for wearing specifically assigned numbers on their badges died out.

Unlike their city cousins, Rural Free Delivery (RFD) carriers were not required to wear identification badges on the job. This did not dissuade many carriers from taking advantage of badges created and sold by different companies looking to expand their markets. 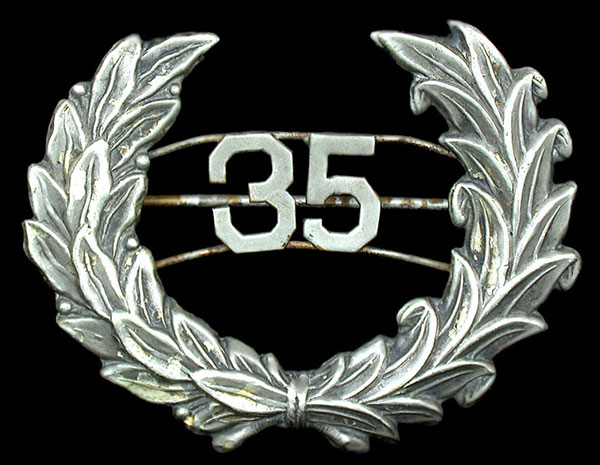 The wreath-style badge design was the first prescribed postal officials required their city carriers to wear. The style was common to see on carriers’ hats from 1887 through the early 1920s. 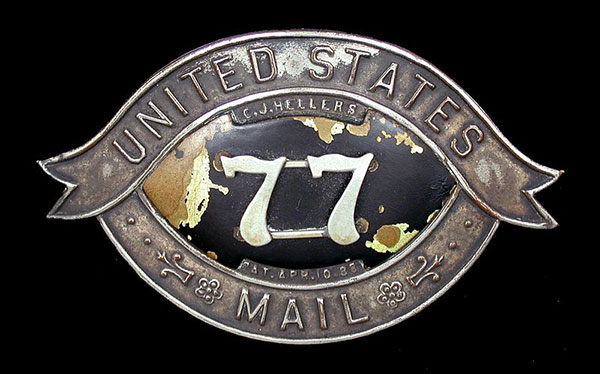 Badges designed and patented by C.J. Hellers Company followed the wreath style design. Hellers was one of dozens of companies that found a ready market place of postal carriers looking to fulfill their work uniform requirements. Hellers  patented the design on April 10, 1988. The original patent drawing shows that the company was anticipating using their design for a wider market than just America’s city carriers. 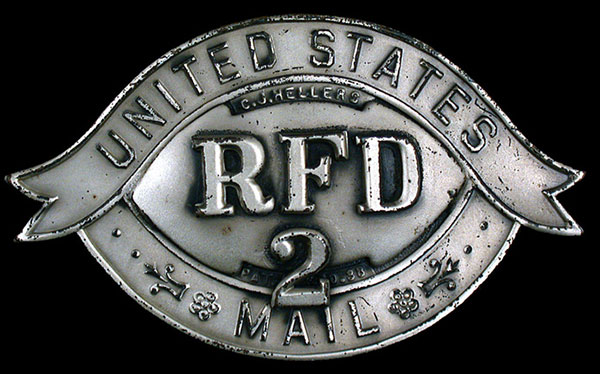 Although Rural Free Delivery carriers were not required to wear identification badges, some chose to do so. With that market in mind, and not to let an opportunity pass them by, Hellers offered a RFD version of their dual ribbon badge. 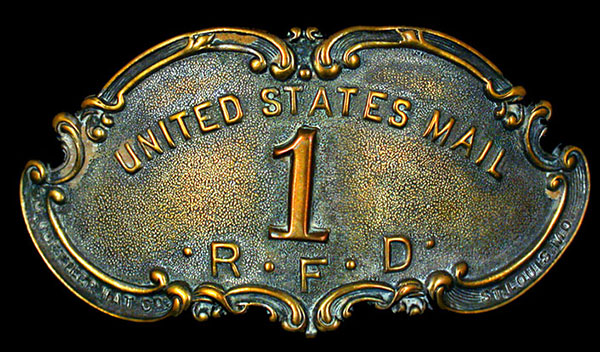 Given that rural carriers were not required to wear badges, it could be expected that the badges they purchased ranged greatly in design. They were still manufactured badges, but with designs that reflected different companies’ existing badge designs. Rural carriers had their choice of badges that ranged from ornate to plain. 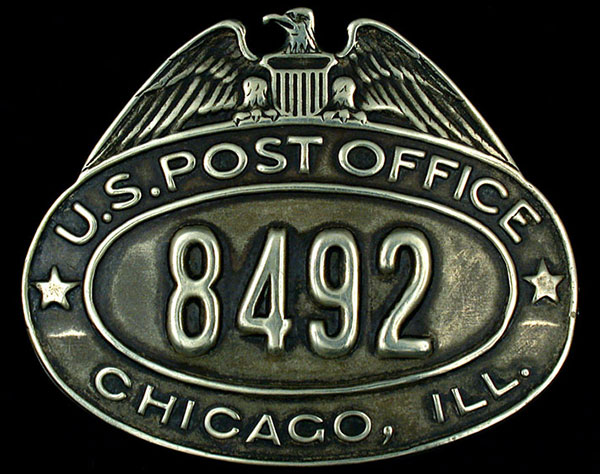 By the 1920s carriers began sporting oval badges topped with a spread eagle. The outer circle indicated that the badge was from the U.S. Post Office, and often included the city, Chicago, Ill., in this case. The inner circle was reserved for the carrier’s badge number.

The next “Badge of Service” blog will focus on some of Railway Mail Service clerk badges.