Within the Smithsonian National Postal Museum’s collection of 14,000 Russian stamps are exceedingly rare Imperial Stamps, which were issued in czarist Russia between 1857 and the start of the Bolshevik Revolution in 1917. Thomas Lera, the Smithsonian National Postal Museum’s Winton M. Blount Research Chair cites, “with varieties not known to exist within any other museum stamp collection in the world, these exceptional stamps reflect the culture and history of pre-revolutionary Russia.” 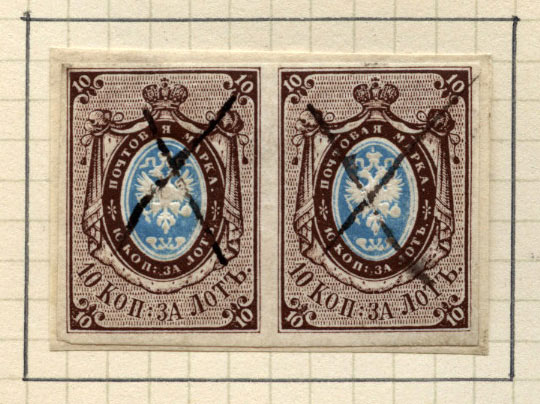 The Imperial Stamps were created to allow for the safe delivery of documents during the reign of Czar Alexander II. They were issued to collect postal fees to supplement and eventually replace the stamped pre-paid envelopes used in Moscow and St. Petersburg, and the wax or paper seals used on letters and packages from the mid-1700s.

The first Imperial stamps were issued in December, 1857, sold initially in Russia and the Kingdom of Poland, and three months later in Siberia and Transcaucasia, including Tiflis. The stamp design had an oval center with the Imperial coat of arms, the double-headed eagle, and the postal emblem of two crossed post horns. Also within the oval frame, “Pochtovaya Marka”, or post stamp, and 10 Kop: za lot were written, designating the valuation of 10 kopecks per lot. 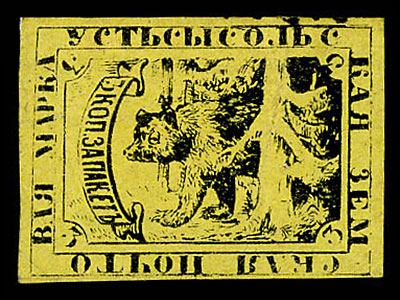 Ustsysolsk Zemstvo Number 1 depicting the Russian Bear in the Forest 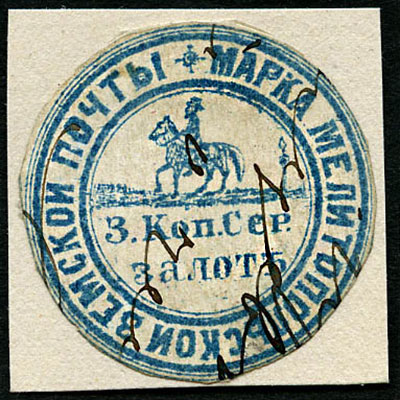 Russia was a such a large country that pre-1917 there were two postal organizations: the postal service provided by the central government and “zemstvo post”, the mail service that functioned only in rural areas. The country-wide mail service served customers along ancient trade routes and later along railroad lines. However, this did not meet the needs of rural areas with no trade routes or railroad lines. To provide adequate service to these areas, country administrations called “zemstvo” took it upon themselves to establish local mail service and connect it with the mail service provided by the central government.

According to Lera, the G.H. Kaestlin Specialized Collection of Russian Imperial and Zemstvo Stamps is one of the National Postal Museum’s most extraordinary international collections.

The State Department's Bureau of International Information Programs website and its associated stamp galleries, along with the National Postal Museum’s Arago virtual exhibit, show only a glimpse of what is contained within its album pages.