Susan Lendroth is the author of Calico Dorsey, Mail Dog of the Mining Camps, released by Random House in fall 2010. She lives in California and has written three other popular children's books. Susan's book not only touches on postal history but also a "mail dog" not unlike the museum's own Owney, mascot of the Railway Mail Service. 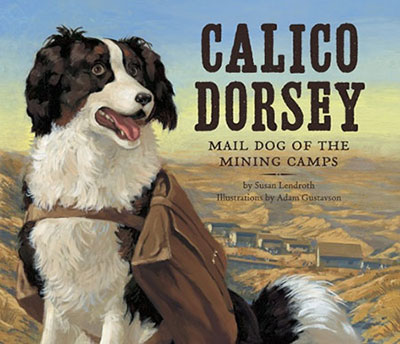 I grew up in southern California about 20 minutes from Knott's Berry Farm. When I was a young kid, you could wander the western-themed amusement park for free, paying only for individual rides and attractions. Many a summer night my father drove us down there to cool off, buying licorice at the general store to snack on while we listened to the Wagon Masters sing in an outdoor amphitheater circled by real covered wagons.

A few years ago, I visited the old silver mining town of Calico to research a travel article. It recaptured my childhood memories of summer at Knott's Berry Farm, not surprising since Walter Knott himself was responsible for restoring much of the town before he donated it to San Bernardino County. Calico also had a general store, an old mine to explore, and a train ride. But it had something more--an authentic past as a rip-roaring slice of America's Old West. 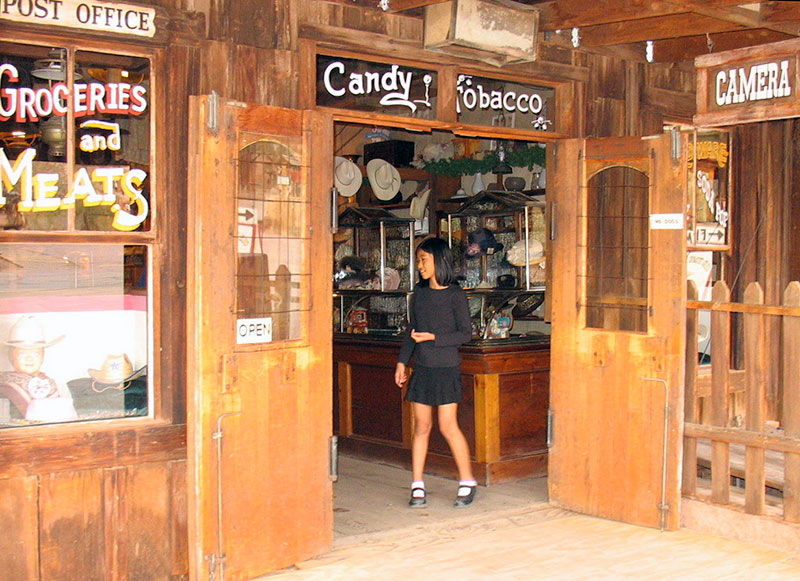 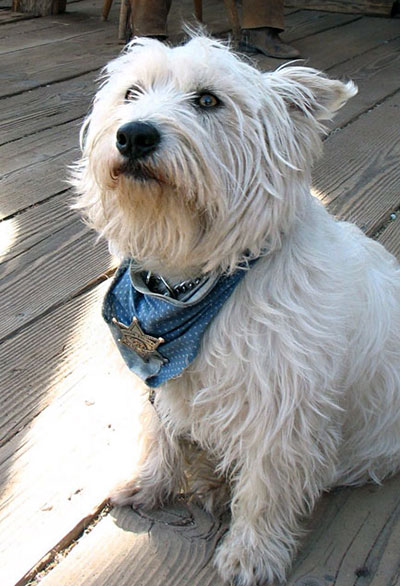 Among the colorful characters that dot the town's history was Dorsey, a stray dog trained to carry mail in 1885 between Calico and the nearby mining community of Bismarck, sometimes called East Calico. I loved the idea of a canine mail carrier and decided to write a picture book to tell Dorsey's story.

The problem was that facts about his mail-carrying days are not only sketchy, but sometimes contradictory. We know Dorsey existed. The Mojave River Valley Museum has a photo of the dog posed in his mail bags. We also know that he was owned by the Stacy brothers, but stories vary about how he came to live with them and, more importantly, how he ended up carrying the mail on his own. So I worked with Calico historian, Serena Steiner, to develop a plausible children's story about how Dorsey became a US mail dog.

Everett Stacy ran the post office in Calico. His brother Alwin opened a small store near the Bismarck mines. Alwin carried supplies and mail back and forth between the two communities, but it was a rugged three-mile trek round trip through hot, rocky terrain. But Dorsey didn't mind, or so my story goes!

Serena discovered that an E.E. Stacy (watchmaker) listed in the 1880 census in Oregon had a young daughter named Nell. It was not implausible to think that Everett E. Stacy of Calico, who also repaired watches, might have been the same man, that he moved to Calico to make his fortune when the silver mines opened. That gave me the chance to add Nell--or Nellie--to my story.

The combined result of history, speculation and my Knott's Berry Farm childhood is Calico Dorsey, Mail Dog of the Mining Camps, released by Random House in fall 2010. 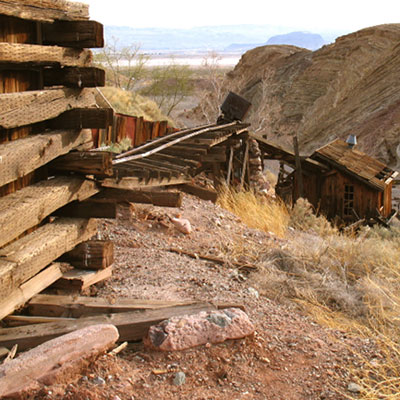 These picturesque ruins were created as part of Calico's restoration. 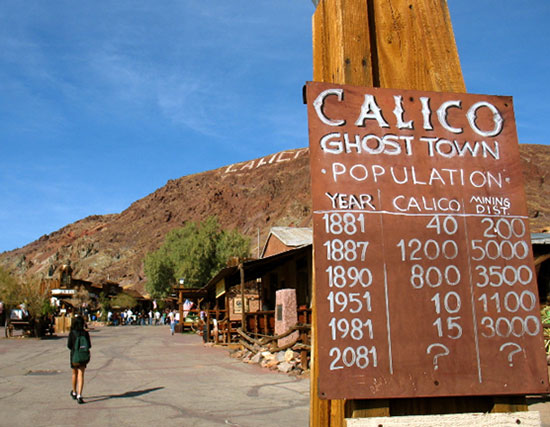