In the weeks after the September 11th attacks, curators in a number of museums began asking themselves the same question: “Should my organization attempt to collect anything related to this tragedy – and if so, what?” The National Postal Museum’s curatorial staff asked the same question. There was a postal history aspect to the events, and we debated collecting materials from the Church Street post office. That post office, located across the street from the World Trade Center, was the office that processed the Trade Center’s mail. As a museum representing America's postal history, we had a mission mandate to collect material from the site. But did the fact that we could collect mean that we should? This was a time when emotions overruled logical judgment for many.

The museum’s two staff curators stood on opposing sides of the debate. I stood (mistakenly now I believe) firmly on the side of not collecting anything from the site. There were several reasons for my reluctance, rooted in the emotional turmoil of the time. I was unable to set aside the mental image of the site as a graveyard, a place at which we had no business collecting. We held a general staff meeting to get additional input. For those who focused on the tragedy and people involved for various reasons (some knew people who had been killed or were still missing), it was unthinkable that our museum would disrupt the site only to bring back and display items from that horrible moment. For those who were able to see past the disaster and incorporate the museum's mission into their thinking, including the museum’s other curator, Jeff Brodie, it was just as clear that we needed to be at Church Street, locating and documenting this history. 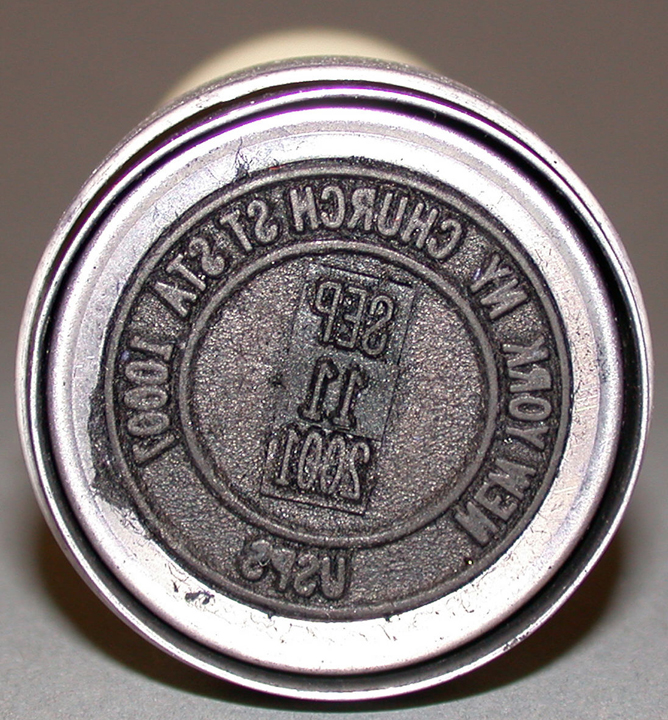 A handstamp from the Church Street post office. That post office was responsible for the neighborhood 10007 ZIP code area in addition to the World Trade Center buildings. The handstamp bears the date of the attack, Sep. 11, 2001.

In the end, the National Postal Museum obtained a number of items from the Church Street post office. Each item was chosen for its relevance to the day of the attack or its importance to the work of that post office in its community.  A general list of items to be selected was determined by the curators prior to the trip. Items were selected to represent the time and date of the attack, and the role of the Church Street post office in its community.

Along with the sorting unit used by carrier Thornton that I discussed in the previous blog, the museum gained a selection of handstamps, collection boxes, documents, and delivery equipment such as satchels and carts. 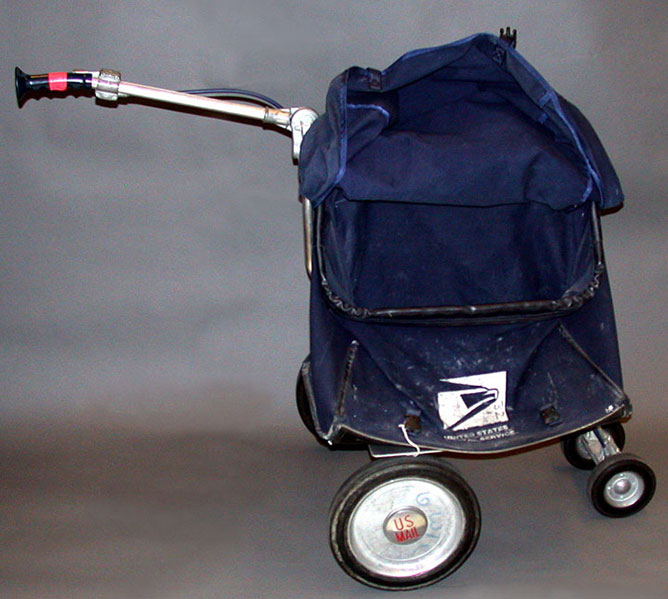 A cart used by one of the Church Street letter carriers on the daily rounds. 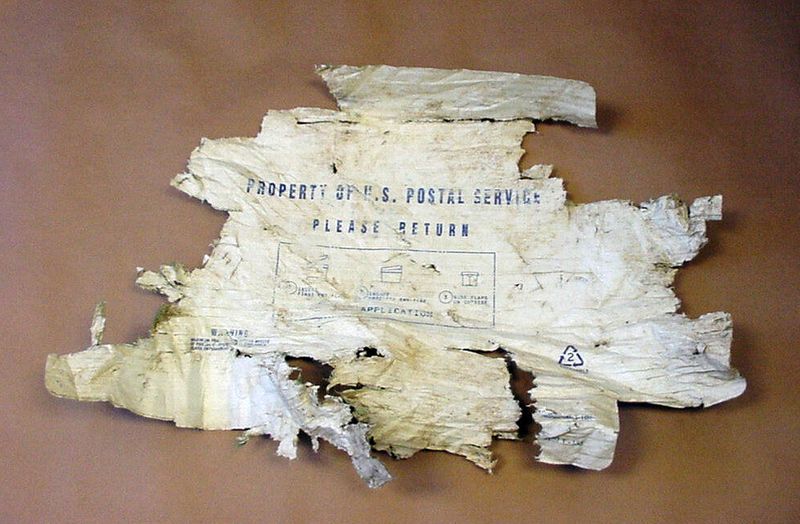 While collecting at the United Air Lines flight #93 crash site near Shanksville, Pennsylvania, curators from the Smithsonian National Museum of American History recovered this remnant of a U.S. Postal Service mail carton. It was added to the National Postal Museum’s collections.

Ten years later, I am grateful that the museum decided to bring these objects into the museum. The 9/11 history is a vast and complex one, and the National Postal Museum’s collections remind us that the World Trade Center area wasn’t just a business center, but an active neighborhood. It was a vibrant community of businesses and homes that interacted with the world through the services and employees of the Church Street post office.

This post is part four in a series on September 11th and the postal service.