When A Neighborhood Disappears

The World Trade Center (WTC) was large enough to contain its own ZIP code, 10047. After the attacks of September 11, 2001, that code and another, also covering WTC buildings, 10048, were withdrawn from use out of respect. 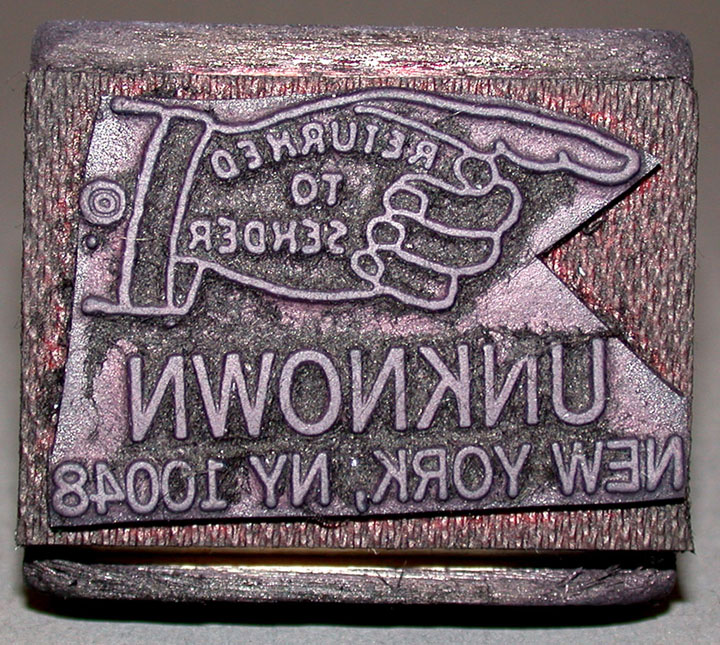 Among the items retrieved from the Church Street post office following the attacks was this “Unknown, Return to Sender” handstamp with the ZIP code 10048.

Across the street from the WTC, the Church Street post office was one of four New York post offices closed after the attack. Unlike the others, which were able to reopen within the next week , the Church Street office sustained significant damage and was closed for repairs for three years. Church Street was also the home office for a number of postal inspectors, postal police officers and support staff as well as for employees of the U.S. Postal Service’s New York City crime lab. That morning, after the building was evacuated by 10am, U.S. Postal inspectors moved into the streets, offering assistance to civilians and local police officers injured in the attack and helping evacuate the area. Shortly after that Tuesday Inspectors, aided by the National Guard and local police, retrieved the mail still held in the Church Street post office. The mail was driven to the Farley Post Office building on 33rd street, just four miles north. 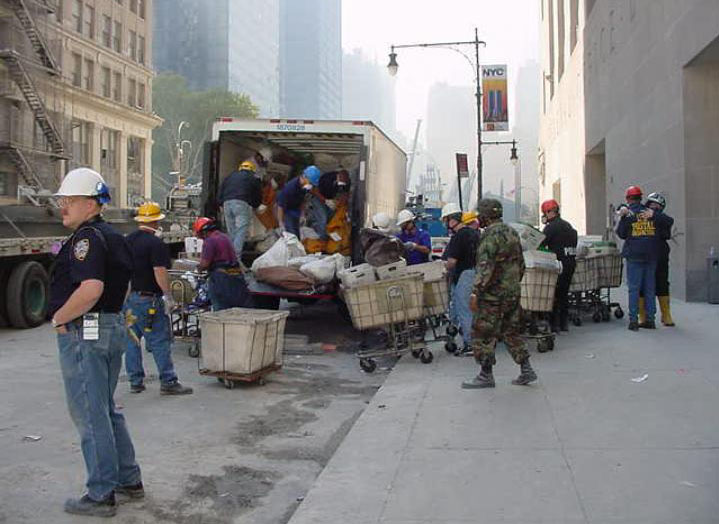 Mail recovered from the Church Street post office was moved out under guard.

The Church Street post office served more than just the World Trade Center buildings. Although the post office was closed after the attack, mail continued to arrive. Workers had to process mail for the surrounding neighborhood as well as for buildings that were no longer standing. By September 12 Church Street employees had been detailed to other buildings. Delivery and customer service employees were re-assigned to the Farley building. Processing staff were told to report to the Morgan processing center just three blocks away. Two days later, the Church street employees had set up a functioning version of their old office on the ground floor of the Farley building. Clerks dusted off old surplus metal mailboxes and used them as stand-ins for the almost 4,000 post office boxes that sat remarkably undamaged, but inaccessible, at Church Street.

As mail continued to arrive, the ten carriers whose daily rounds had been the corridors of the World Trade Center complex continued to process mail for the approximately 16,000 addresses of the twin towers. Carriers spoke of the steady depression of sorting mail for those who would never retrieve it, of those on their routes in the building who did not survive. 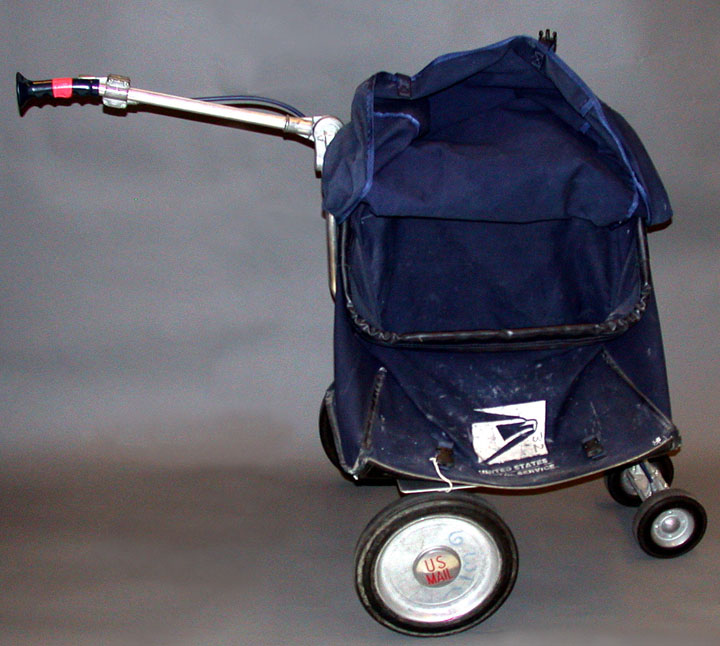 After the attack, those whose mail would have been delivered out of the Church Street post office had to travel to the Farley Building for their mail. The first two weeks, patrons stood in long lines, designated by ZIP codes, set up outside the Farley building to get their mail. The block-long lines finally eased as smaller post offices reopened and carriers began to reach more of the formerly cordoned-off areas.

Over 80,000 delivery points (an address to which mail is delivered) were initially affected when delivery service was suspended below 14th street in Manhattan for days following the attack. Thirty thousand delivery points remained affected even after most of the post offices reopened. Carriers who were able to return to their old routes had trouble reaching some homes as the police and National Guard moved barricades and switched street closings over the next few months. Each morning carriers set out on their daily rounds, not knowing which path they would be able to follow to deliver the mail.

Mail addressed to the World Trade Center arrived every day for months following the attacks. Each piece was sorted by the now post office-bound clerks. When the pigeon-hole containers filled up, clerks moved the missives to overflowing crates marked by addressee. Most of the WTC mail sat unclaimed through October. Finally, company representatives began to claim their mail. After three months of holding the WTC mail, the postal service began to return unclaimed mail to the senders.

This post is part two in a series on September 11th and the postal service.