Among the most somber objects in the museum’s collection are a collection of artifacts retrieved from New York City’s Church Street Station post office following the September 11, 2001 attacks on the World Trade Center. This is the first in a series of four blogs that will reflect on the postal history of that terrible day 10 years ago. Today, the series begins with a simple chronology of that story. It will continue with a look at the days and weeks following 9/11, and discussions over collecting objects from the tragedy.

The Church Street postal station, located at the corner of Church and Vesey, faced World Trade Center building 7 to the west and buildings 5 and 6 of the complex to the south-southwest. Building 7 collapsed the afternoon of September 11. Buildings 5 and 6 sustained critical damage and were demolished. The Church Street Post Office sustained damage from the debris of the fallen buildings and the force of the explosion but remained structurally intact. 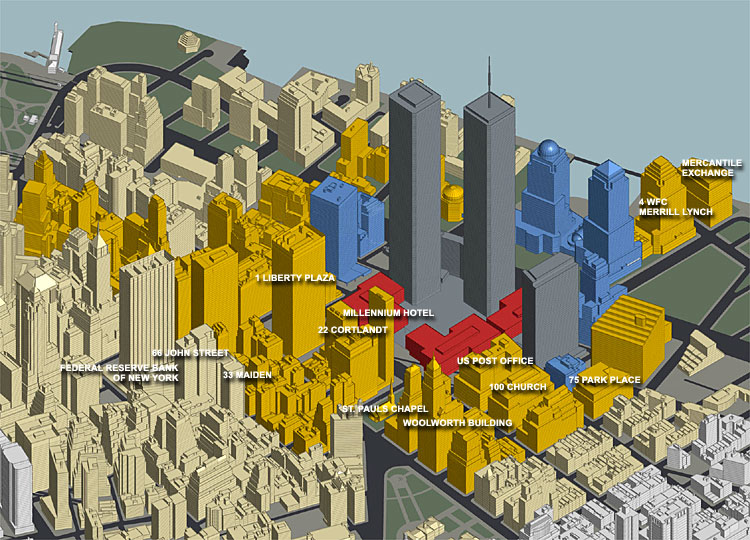 Map showing the position of the U.S. Post Office at Church Street relative to the World Trade Center buildings. 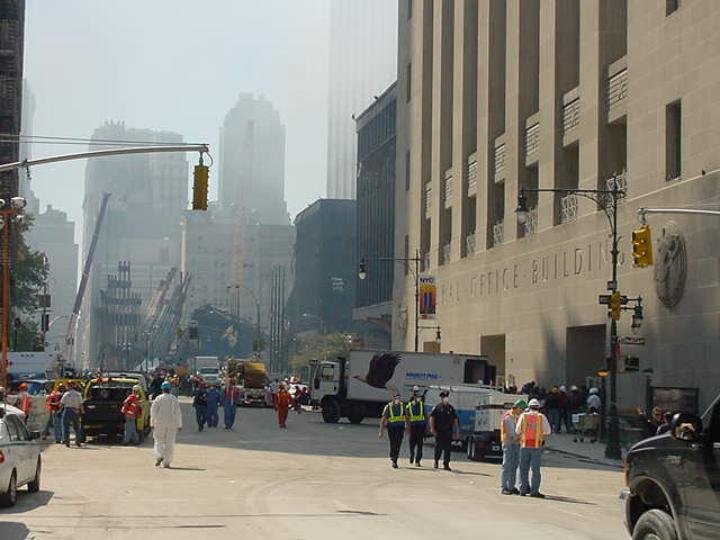 The morning of the attack, the employees of the Church Street station were busy at work inside the building. Window clerks were serving a steady stream of customers, as the register report from one window shows - recording transactions up to 8:47:22 a.m.

The carriers were still preparing their mail for delivery when the airplane struck the first tower. No one in the Church Street building was hurt, as the building had been successfully evacuated by the time the south tower fell.

This post is part one in a series on September 11th and the postal service.