Object of the Month: The Confederate Lost Plate

By Patricia A. Kaufmann 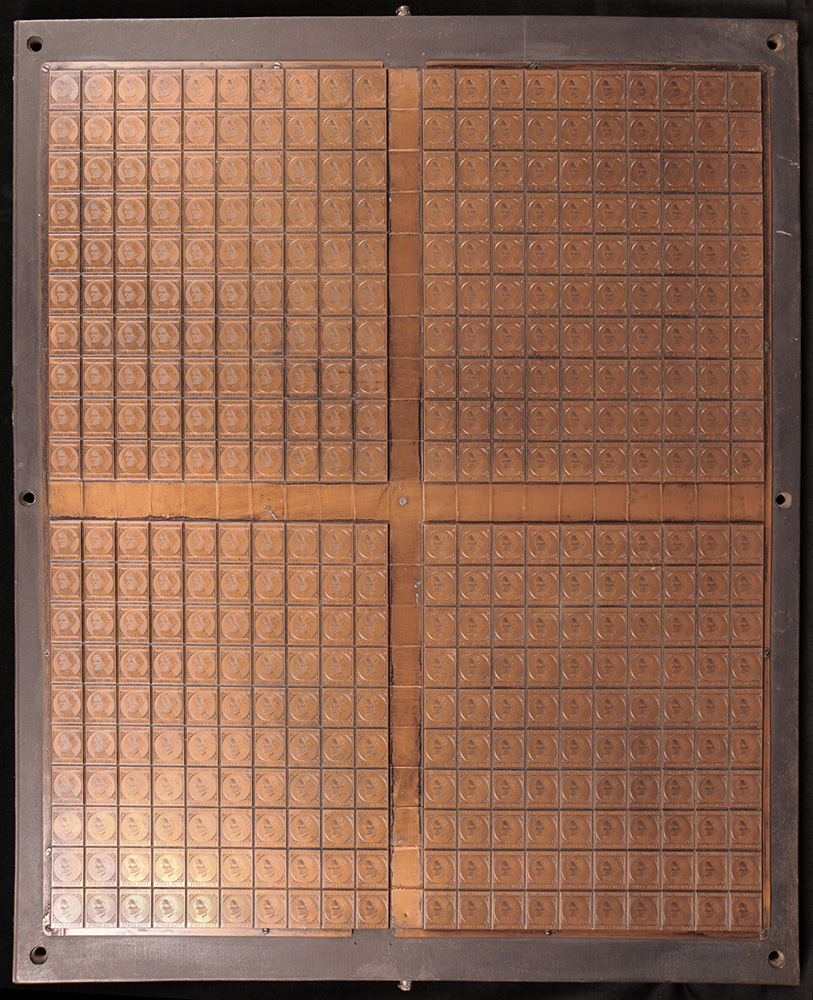 One spring morning in 1862, the calm of the northern Abaco islands of the Bahamas was shattered by cannon fire. The American Federal warship Mercedita drew along side the British steamer Bermuda, a blockade-runner, and a boarding party swarmed her decks. Two boxes of postage stamps bearing the likeness of Confederate President Jefferson Davis were thrown overboard by the captain’s brother, who was an officer on board. This was a vain attempt to disguise the vessel’s purpose and destination. The boxes sank to the bottom of the sea, but they were only a part of the consignment of 24 cases of some five million stamps printed for the Confederate States of America by the famed printing company, Thomas De La Rue & Co, Ltd.

The British blockade runner Bermuda had arrived safely at Bermuda on March 19, 1862 and remained there for five weeks awaiting orders or, more likely, for favorable conditions to make a break for Charleston. On April 24, 1862 she slipped out of St. George’s and made her way southwest to the Bahamas where she was spotted a few days later by the Mercedita who fired a shot across her bows, boarded her, and escorted her to Philadelphia as a prize. A prize court has jurisdiction over all captures made in war on the high seas.

The presence of the printing plate (shown above) and the remaining De La Rue stamps along with ink, stamp paper, and cutlery engraved “Jeff Davis, our first President, the right man in the right place” - openly addressed to Charleston - sealed their fate. There was no denying their destination. Most of the cargo was sold, but the stamps were ordered destroyed. The Court allowed some stamps to be saved and given to the U.S. District Attorney's office and other Officers of the Court. (Figure 2) Nothing has been discovered as to the disposition of the Confederate printing plate at that time.

For approximately ninety years this valuable spoil of war was lost to the public. It sat in the basement of an unidentified Philadelphia historical society for an unknown period of time until it was discovered in 1954 by Major Thomas Coulson, then Director of Museum Research of the Franklin Institute in that city. It was literally covered in a thick layer of dust and not recognized for what it really was until removed from that place.

The curator of the historical society had no information on the source of the plate, the donor, the date of acquisition or how it came into their possession. The Franklin Institute had it on display for numerous years while it was actively building a philatelic collection. Subsequently, the institute deaccessioned and disposed of most of its postal-related objects, finding that philately was no longer consistent with its educational mission. The Smithsonian National Postal Museum acquired the plate from the Franklin Institute in April 2011.

“This spectacular acquisition will be a centerpiece in the display case of the three-dimensional objects from the National Philatelic Collection to be featured in the new William H. Gross Stamp Gallery,” said Cheryl R. Ganz, Chief Curator of Philately. “The 5¢ plate provides a wonderful connection to the first philatelic object ever collected by the Smithsonian Institution - a pane of the Confederate States of America’s 10¢ blue Jefferson Davis stamp.”

The acquisition, preservation and display of the Lost Plate are made possible by Vince and Becky King of Denton, Texas. (Figure 3) Its first public viewing will be at the opening of the new William H. Gross Gallery in March 2013.

The original engraved die from which the 5¢ printing plates were made was retained by De La Rue and is today in the British Library in London. Although this shipment of stamps was confiscated, others managed to get through the blockade. Of the total printing invoiced - 12,405,000 5¢ stamps - only 7,405,000 were received by the CSA; 4,855,000 on the Bermuda were captured and ordered destroyed by Federal court order. There is a slight discrepancy in numbers noted.

Sources for further reading on the subject include: