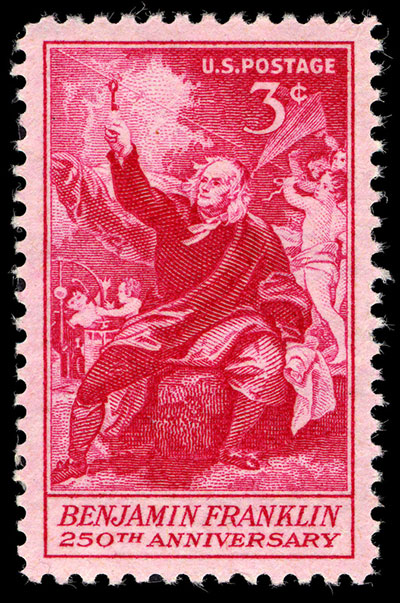 “He snatched the lightning from the sky and the sceptre from tyrants.”—
Anne-Robert-Jacques Turgot, speaking of Benjamin Franklin

On this day in 1752, Benjamin Franklin added another chapter to his storied life. All it took was a kite, a key, and a thunderstorm. The iconic experiment in which Franklin proved the electrical nature of lightning took place today, 259 years ago.

Franklin had been interested in electricity for some time before his kite took flight. The prevailing thought before the 1740s was that electricity consisted of two different states, vitreous and resinous. Franklin proved that there were indeed two separate forms of electricity, which he called positive and negative, but they were of the same “electrical fluid” and were not completely different things. Franklin also proved that electricity moved fluidly, moving from positively charged areas to negatively charged areas.

Over the decade-long period in which he studied electricity, Franklin coined electrical terms such as battery, conductor, plus, minus, positive, and negative that are still used today. Franklin took to the sky in 1752 to prove that electricity and lightning were one and the same. His rudimentary kite consisted of a simple handkerchief stretched over a stick frame. He attached a long string with a key near the end of its length and went out to a field.

According to Joseph Priestly, who published a detailed account of the experiment some years later, Franklin only informed his son of his intentions: “Dreading the ridicule which too commonly attends unsuccessful attempts in science, he communicated his intended experiment to nobody but his son.”

But there was no need to worry. The experiment worked perfectly. The string became wet from the rain and began to conduct electricity from the above storm cloud. A simple touch of his hand to the key transferred an electrical charge and the rest, as they say, is history. The moment was captured in a painting called “Franklin Taking Electricity from the Sky” by Benjamin West. This image adorns the red, 1956 3c Franklin stamp which was issued to commemorate the 250th anniversary of his birth (pictured above). 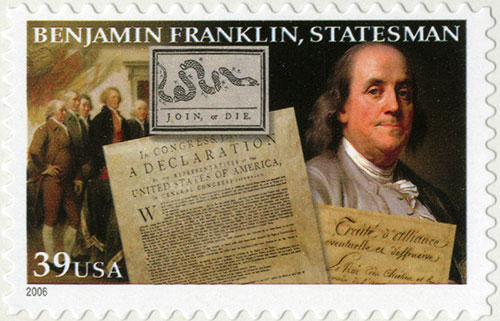 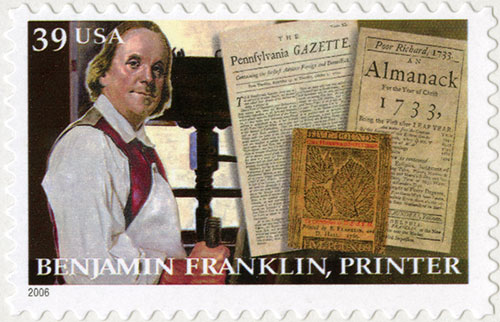 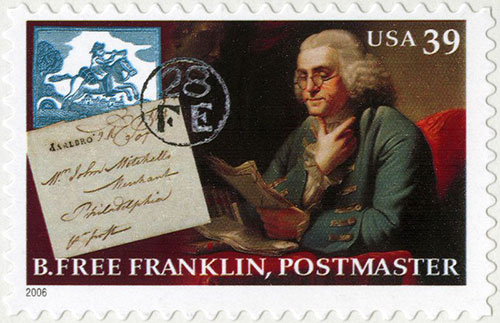 However, this was but one achievement among many in the illustrious life of Ben Franklin. In addition to being a scientist, he was an inventor, writer, postmaster, publisher, businessman, and civil servant. His many talents were commemorated in a 2006 commemorative series (pictured above) celebrating the 300th anniversary of his birth. 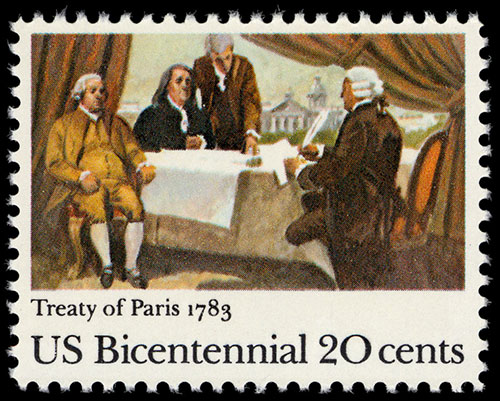 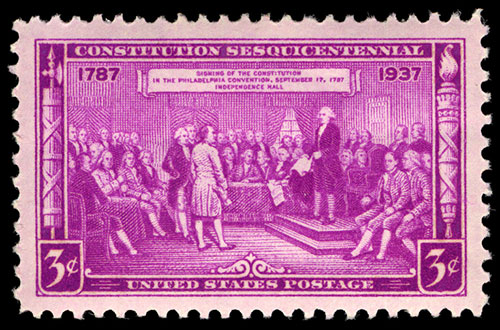 Franklin was also an influential politician and a brilliant diplomat. He has the distinction of being the only person to have signed the Declaration of Independence, the Treaty of Alliance with France, the Treaty of Paris, and the United States Constitution. Each of these events were commemorated with a stamp (pictured above and below), and in each one, Benjamin Franklin can be found. 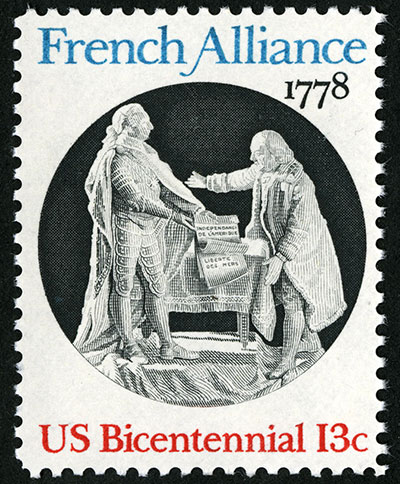 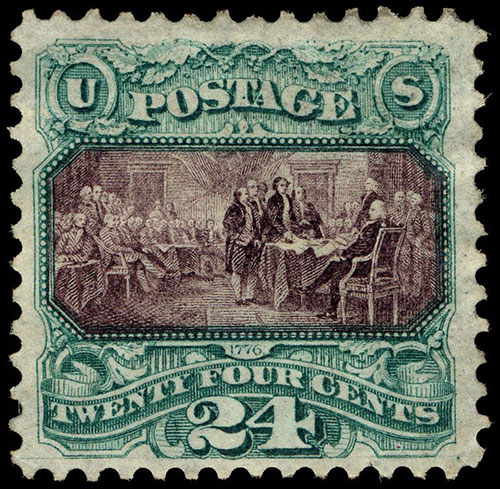 Franklin can be found on more US postage stamps than anyone in history, save for George Washington. For a man that played such a large role in the creation of this country through his words and deeds, such an honor seems only appropriate.