Those Magnificent Men in Their Flying Machines

This is the first part in a series of blog posts that will look at the lives and work of America’s first airmail pilots. What you may not know is that the Post Office Department laid the groundwork for America’s commercial aviation network. From 1918-1927 the Department hired pilots, bought airplanes, and mapped aviation routes across the United States, all in the name of making mail move faster than ever before.

While the life of an airmail pilot was dangerous (pilots had an expected flying lifetime of 900 hours), it also had its share of humor and odd times. Pilots never knew what to expect when they set out on an airmail flight. They might be forced down in heavy snow like Hugh Barker in 1927, who then tried to get the Department to pay him back the $5 he spent to hire a man and truck to pull his airplane out of the snow and make a runway in the field.

All kinds of weather could frustrate the pilots. Pilot Frank Yager was annoyed when he couldn’t take off due to heavy fog. He decided to drive his plane instead, driving it across 35 miles of foggy prairie, taking off only lightly to hop barbed-wire fences along the way.

Or, maybe like “Tex” Marshall who had a habit of landing briefly (and against regulations) in an Iowa pasture to stretch his legs and have a smoke. One day, a bull in the field charged Marshall. Saved by the farmer, Miller was able to take off safely. But not before grabbing a rock and after takeoff he flew back over the field intending to chuck the rock at the bull. Unfortunately for Miller, he hit the farmer instead. It was the last time Miller stopped to stretch his legs while flying the mail.

These early airmail pilots relied on ground markings such as rivers, roads, and railroads to help them find their way. While talking to a reporter in 1921, Harold “Slim” Lewis was asked his opinion of the airplane he was flying. Unimpressed with the craft and its capabilities, Lewis responded that the instrument panel was just something to clutter up the cockpit and distract your attention from the railroad or riverbed you're following. 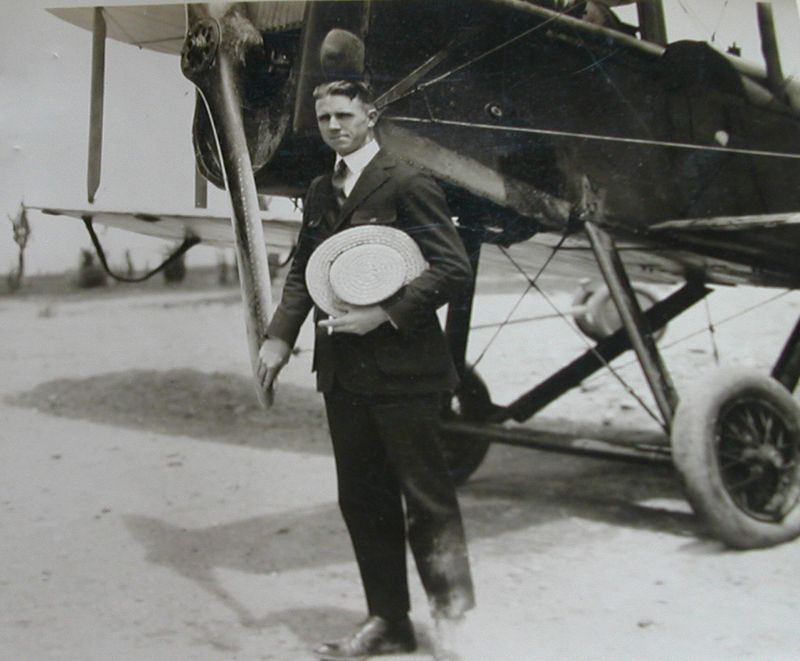 A couple of pilots added humor to their reports. After Samuel Eaton crashed into a tree outside of Philadelphia in 1919, he filed a report on the crash that noted he had delivered the mail to a “branch” post office. In 1923 Dean Smith passed along this information on his recent crash landing in a telegram. “Dead sticked. Flying low. Only place to land on cow. Killed cow. Wrecked airplane. Scared me."