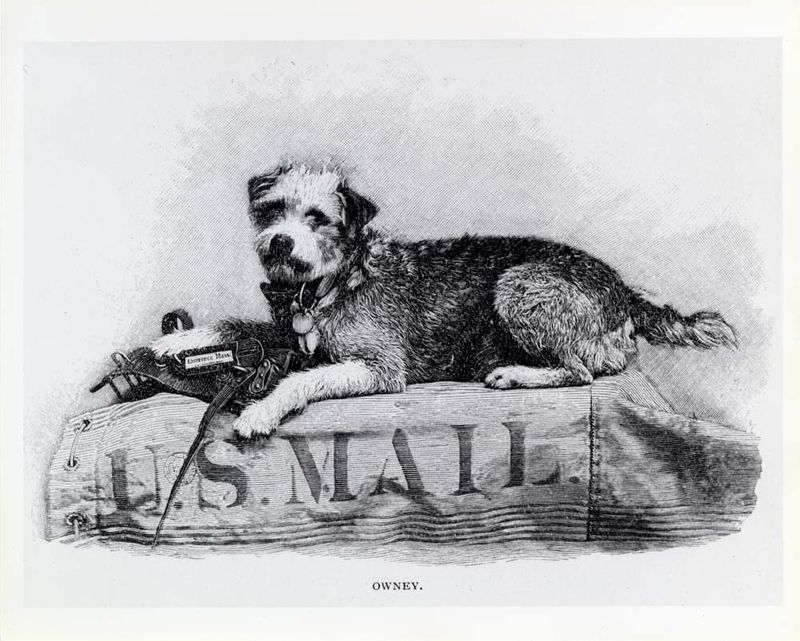 Owney, the postal dog, has been commemorated on a U.S. Postage stamp. On July 27th, the first-day-of-issue ceremony was held at the National Postal Museum. Owney and many of his tags are on display in the museum’s atrium.

The museum keeps a permanent file for each donation or transfer of objects, called an accession file. The file for the 1911-12 transfer is identified with the unique accession number “52985.” Each item transferred through this accession is given an identifying index number. Owney’s full accession number is 52985.274. The original papers in the accession file identify Owney as item #42 in the section of “Portraits, Paintings, Photos, Mail Equipment and Miscellaneous Articles” (below). Owney is described as “the dog that travelled on postal cars (with postal clerks) all over the United States and made a trip around the world.” His catalog card describes him as a “stuffed dog.” 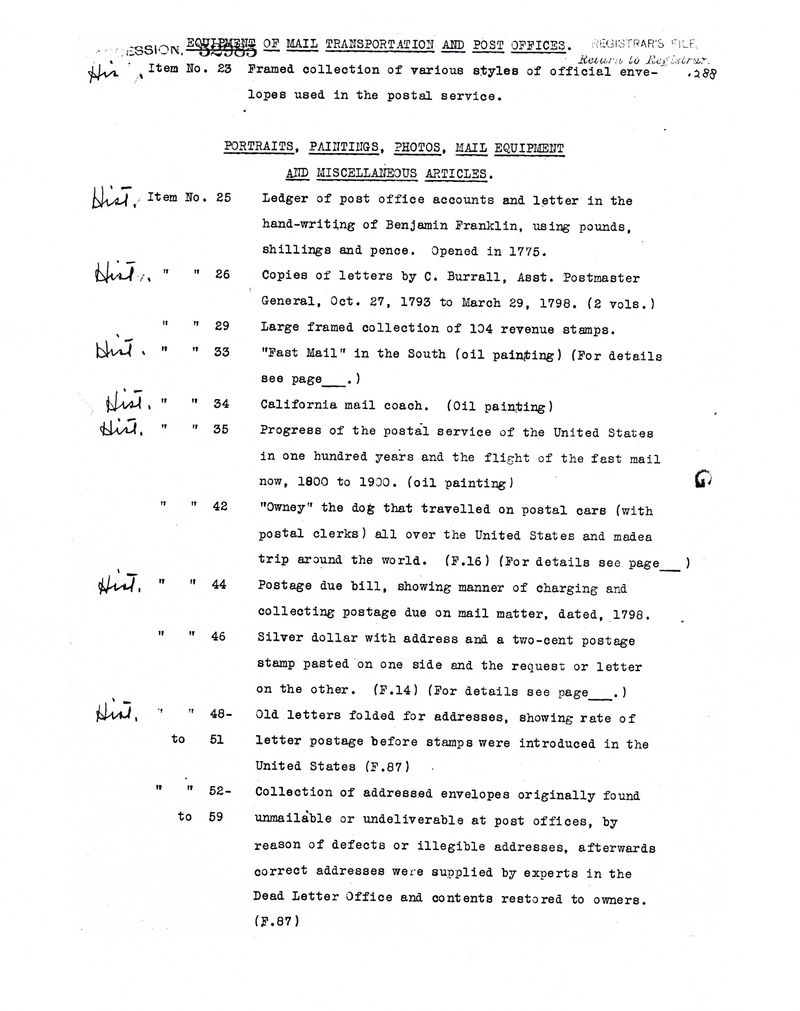 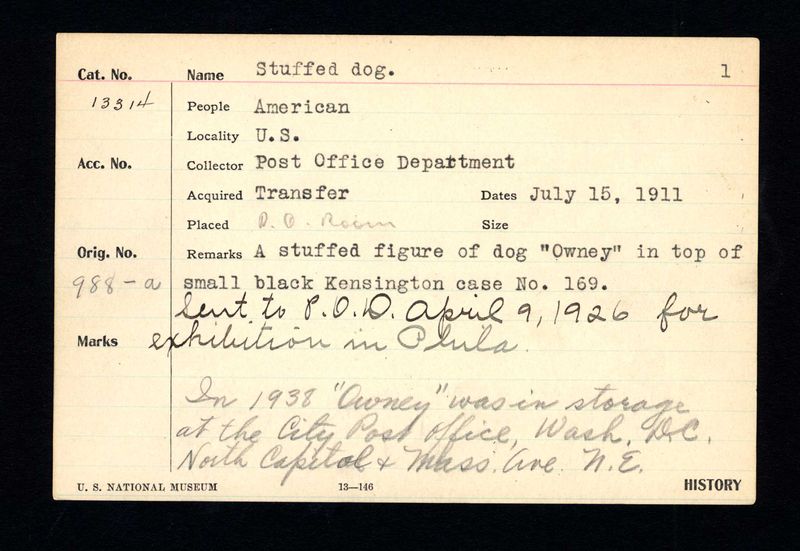 Looking through the “52985” accession file is almost as interesting as reading about Owney’s travels while he was alive. Owney continued to travel to expositions posthumously – most notably to the 1904 St. Louis World’s Fair and to the Philadelphia Exposition of 1926. The accession file includes correspondence related to the Smithsonian’s loan of Owney to the Post Office Department for the purposes of exhibition at the 1926 Sesqui-Centennial Exposition in Philadelphia. The correspondence even includes the packing receipt shown below. 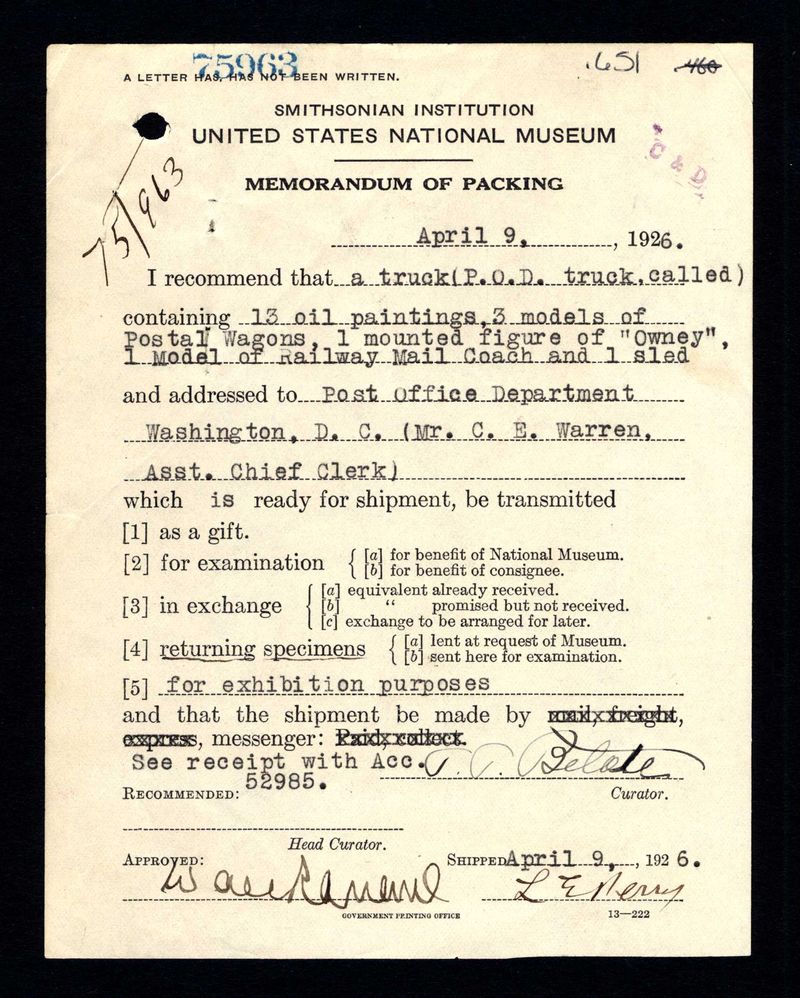 Owney certainly was a well traveled dog and from the accession record, we can trace his Smithsonian history from his transfer to the “National Museum” and initial display at the Smithsonian’s Arts and Industries building until 1964 when he traveled across the National Mall to the new Museum of History and Technology (now the National Museum of American History), where he resided until he moved to his permanent home at the National Postal Museum in 1993. Owney’s traveling days are over, but we look forward to receiving more documentation about his life as a mascot of the Railway Mail Service and his history at the Smithsonian Institution.