On the Job: Foot Heaters

This is part of a series of blogs spotlighting items and stories from America’s postal workers.

From the first days of the service, America’s rural letter carriers have been responsible for providing their own transportation to make their daily rounds. In cold winter months, carriers turned to small metal heaters to keep warm on their route. The side drawer could be opened and packed with hot coals to keep the heater operational. When new, the heater would have been covered with carpet fabric. Those riding in wagons equipped with such heaters could rest their feet in warmth and comfort during the journey. 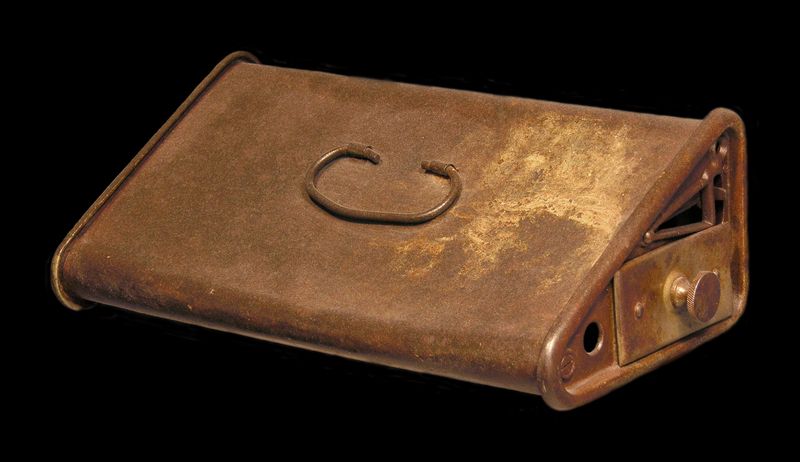 This foot heater is part of the museum’s collections and was used by rural carrier Arthur J. Bessen, who purchased it shortly after starting his job on October 29, 1917. Bessen retired in October 1965 with forty-eight years of service.

Although there are no markings on the device to indicate its original manufacturer, it resembles similar heaters of the period, among them the Chicago Flexible Shaft company, which produced the popular Clark Heater. Those oval-shaped metal heating units were covered with green or blue carpet, which matched most carriage linings. The unit had a perforated drawer for coal. Ads boasted that properly prepared coal could burn without soot or smoke, from 12-15 hours. The H.T. Hearsey Vehicle Company of Indianapolis offered its Hearsey Heaters for a few dollars more than the Clark. Perhaps that was because of their use of the “Best Brussels Carpet” covering the device. 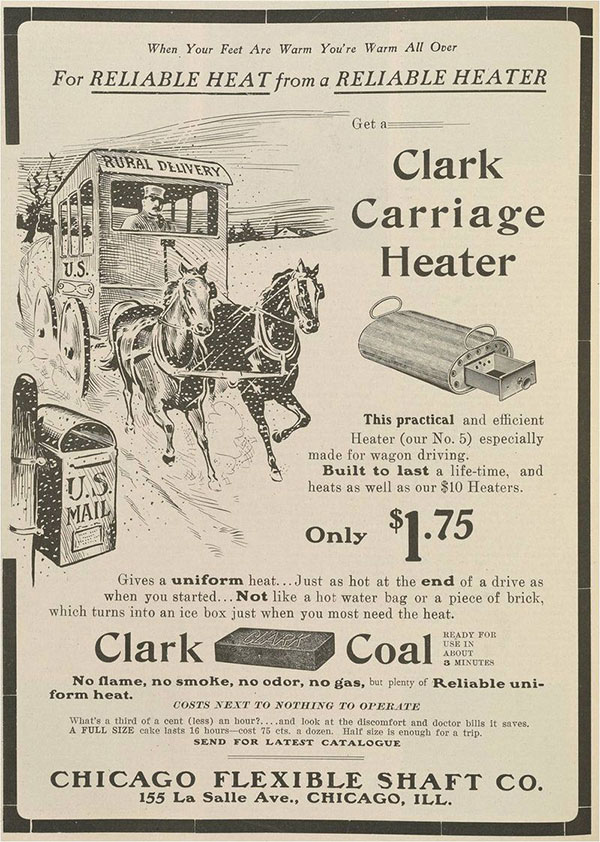 Lehman Brothers also sold foot heaters (not to be confused with the present day, recently bankrupted financial firm). The Lehman Heater was created in 1885. Lehman boasted in 1900 that they were selling heaters at the rate of 10,000 per year. Like the Clark Heaters, Lehman recommended that buyers use only coal provided by their company in their heaters. 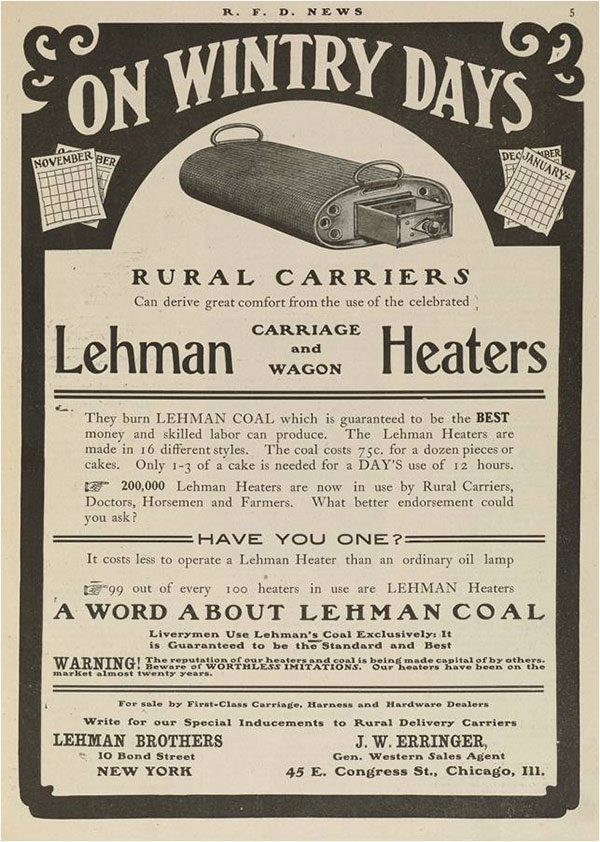 To learn more about early 20th century vehicle heaters, their manufacturers, and the early 20th century advertising campaigns aimed at rural carriers check out this new addition to our website: Rural Free Delivery Marketing to a Rural Audience.